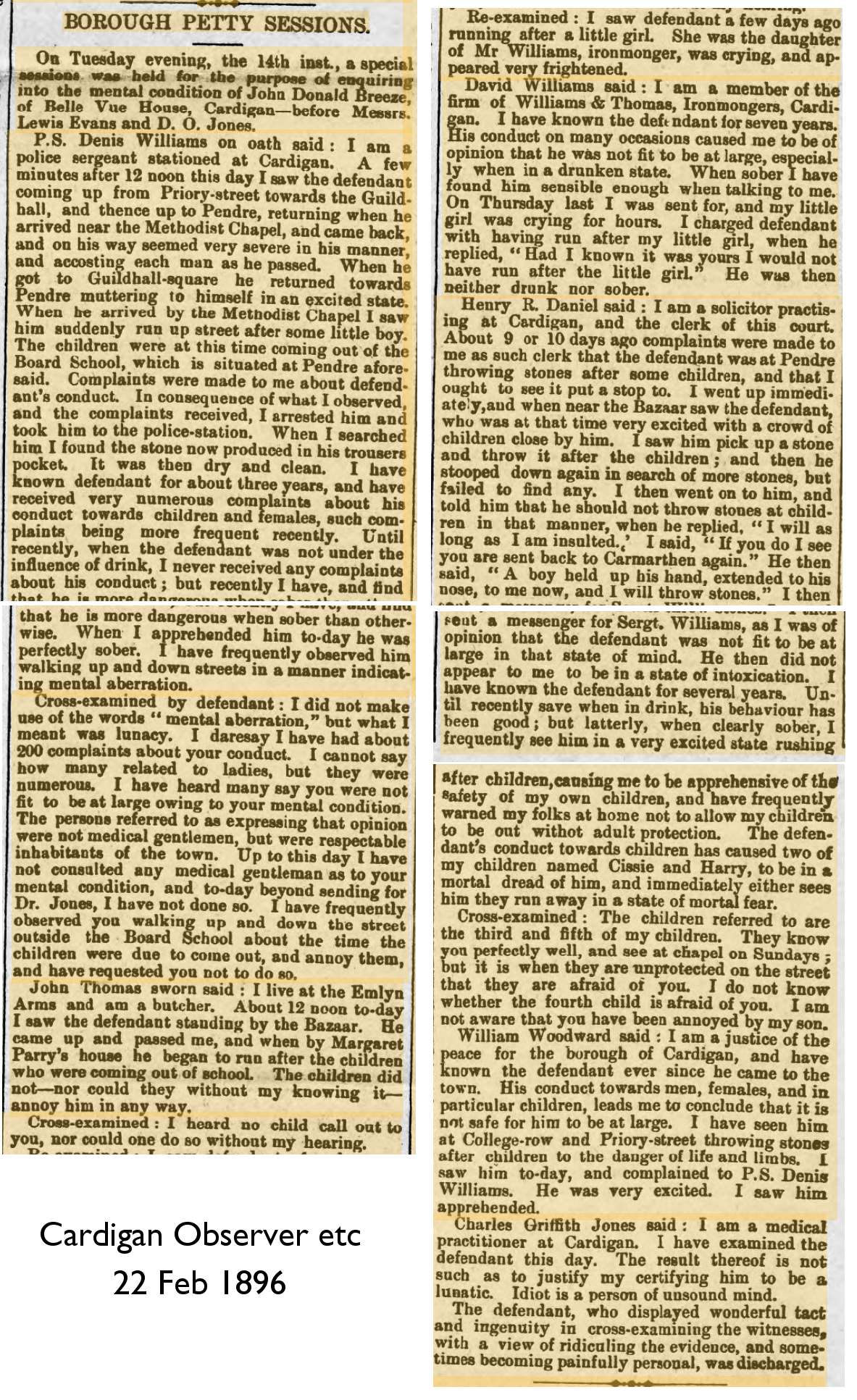 The defendant, who displayed wonderful tact and ingenuity in cross-examining the witnesses with a view of ridiculing the evidence, and sometimes becoming painfully personal, was discharged.
Notes:
Linked to
Breeze, John Donald [1843-1907]