Seems to have relocated to Lewis Terrace c. 1855, and later became the Railway Inn.

Was then used as a butcher's shop. Site bought in c.1876 for the erection of St Paul's Welsh Methodist Chapel, which was turned into the Academy pub c. 2000

On the list of premises which were provided with water by the Aberystwyth Improvement Commissioners, 1837. Occupier / Landlord: Elizabeth Humphreys, 21 Church Street (Ceredigion Archives)

1848
Loss of the Barque Tamerlane "The only one from this town lost was Richard Humphreys, youngest son of Mr. Humphreys, Jolly Sailor. He was at the wheel when a heavy sea washed him over-board. We are glad to find that she was insured. " Pembs Herald 10 March 1848

List of pubs and licensees in Aberystwyth in August 1845 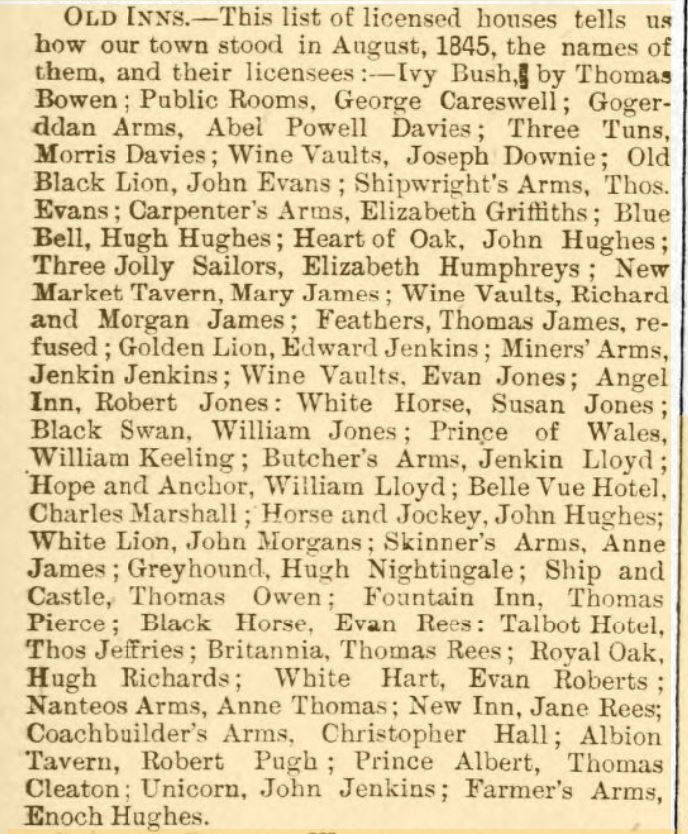 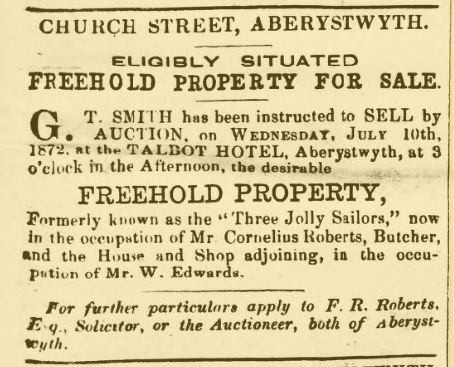