Other names:
Address/Location: Penglais
OS Grid Ref: SN59198191
Opened: before 1887
Closed: after 1919       Type: Pub
Summary: Not actually a pub, but various people had licences to serve drink there

"A varied and pleasant walk has of recent years been opened through the Penglais grounds and has been named the Elysian grove. It commences at a gateway on the Penglais road, and runs through glades (In which are swings for children) and groves, and winds round to the summit of the hil,. commanding magnificent views, and finally emerges near the north turn-pike gate. An entrance fee of 2d. is charged. "

Roughly opposite where the hospital is now. The road through the area is now called Elysian Grove.

Notes: 1886
"The DEPUTY-MAYOR said that a great many people had asked him if there were not some cool woods in the neighbourhood of Aberystwyth in which they could walk during the hot weather. He had accordingly written to Mr Roderick Richardes about the Penglaise woods and had received this letter from him
Monday, July 5th, 1886, John James, Esq., Dear Sir, In reply to yours I beg to say, it would give me the great pleasure in doing all I can to improve Aberystwyth as a place of resort for visitors, but I cannot throw open the path you refer to through the wood free of charge as it may endanger the beauty of the scenery, and also cost me a considerable sum of money to put up seats and repair the walk. Should the Council be disposed to pay me a reasonable sum I shall be happy to comply with your wishes." If that walk could be obtained it would be a great attraction to the town. Alderman WATKINS asked what walk was referred to ? The DEPUTY-MAYOR said the entrance was by the old reservoir. Alderman PETER JONES said it was through the dingle. Mr B. E. MORGAN said it was a very pretty spot. He certainly should be in favour of trying to come to terms with Mr Richardes in order to allow visitors to use the path. Alderman PETER JONES suggested that certain members of the Council should accompany the Deputy- Mayor and wait upon Mr Richardes to arrange terms. The suggestion was adopted, and the Deputy-Mayor, Mr A. J. Hughes, Mr B. E. Morgan, and Alderman Roberts were appointed to wait on Mr Richardes" CN 9 July 1886

1887
Earliest reference in the papers is 1887 but seems to have been a thriving concern by then: "Town council: Mr C. M. W WILLIAMS said the obstruction on the Bryrymor path had also been referred to the deputation. He expressed surprise at Mr Richardes's reply. He was in receipt of a large revenue from the Elysian Grove, and was therefore interested in the town being made attractive to visitors." CN 19 Aug 1887
1904
"Llanbadarn Petty Sessions: An occasional license, to sell beer, spirits, etc., at the Elysian Grove on various dates, was granted Mrs. Salmon, of the Terminus Hotel. "
WG&WWA 4 August 1904 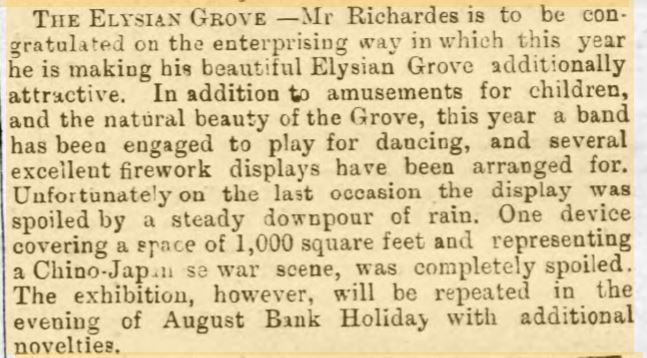 Objection to licence by the University 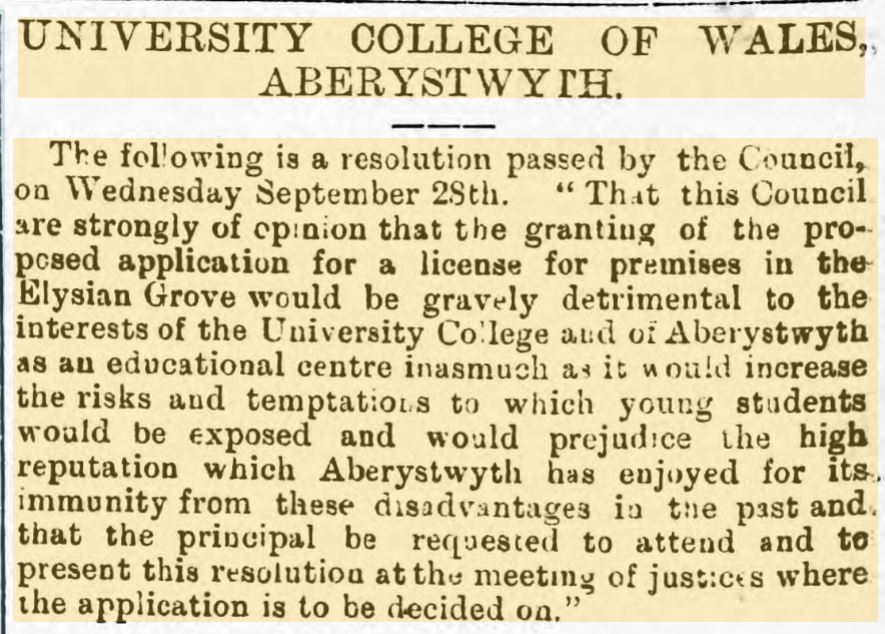 A concert at the Elysian Grove, early 1900s 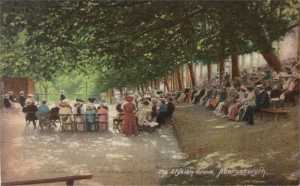 Events at the Grove 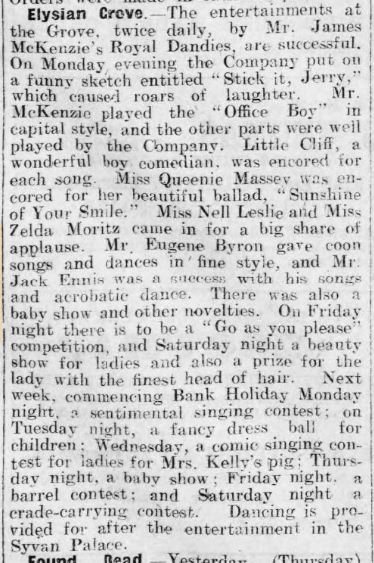 View of the Elysian Grove 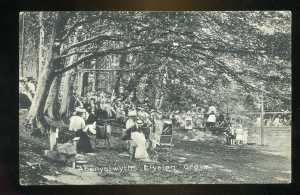 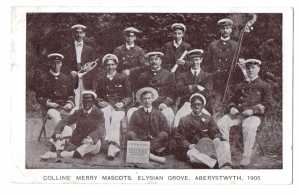 Merry Mascot Minstrels at the Elysian Grove - Hilarity without Vulgarity 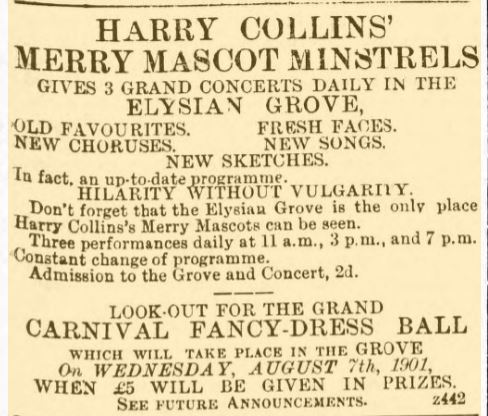