Other names: Caradog Arms, Broncaradog Inn
Address/Location: Tynygraig
OS Grid Ref: SN6934969724 probably
Opened: before 1864
Closed: 1883       Type: Beerhouse
Summary: Location: closed before the 1888 map was made. Several buildings in Tynygraig have Caradog in their name, a possible candidate is Caradog Cottage - the licence was for a beerhouse only. Caradog House / Plas Caradog was a woollen factory in 1889. Bron-caradog is a farm(?) 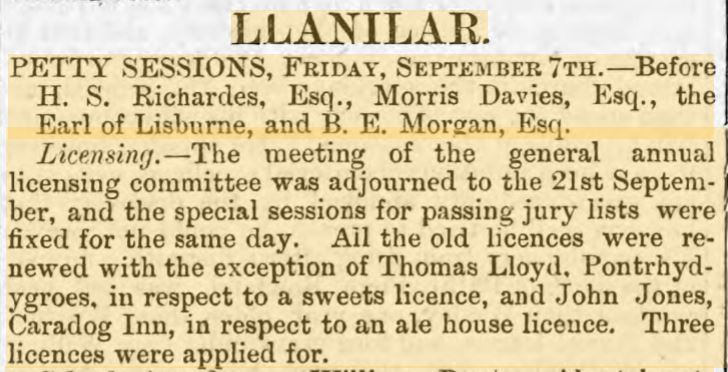