1864
"Richard James and Mary James, of White Lion Inn, Borth, were summmoned, charged by Mary Bees, also residing at Borth, with having wilfully and maliciously pulled down a certain stone wall, in course of erection by her. Mr J. M. Davies appeared for the defendants, and after examining several wit- nesses on both sides, an adjournment was applied for, and granted, with a view to compromise," Welshman 15 April 1864

1894
"THREATENING LANGUAGE. David Hughes, Friendship Inn, Borth, summoned John Ellis, shoemaker, White Lion, Borth, to show cause why he shouid not be bound over to keep the peace. The Bench dismissed the case." AO 10 May 1894

Auction of the White Lion 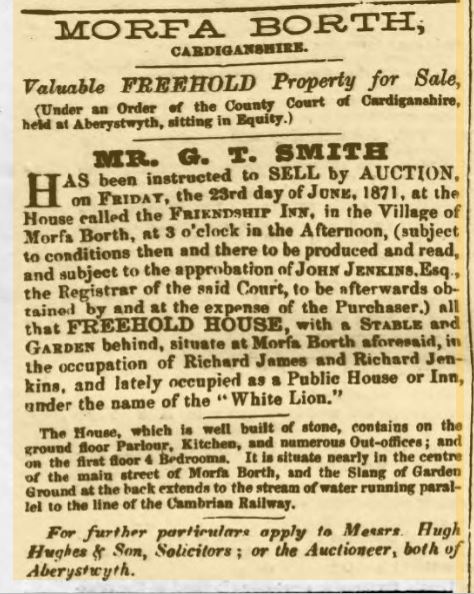