Other names:
Address/Location:
OS Grid Ref:
Opened: c.
Closed: NOT KNOWN       Type: Hotel
Notes: Might be an earlier/later name for another establishment. It's not the Dyffryn Castell (both mentioned in an article), doesn't look like the Gogerddan Arms/George Borrow (based on references to licensees).
A report in 1874 of the Oddfellows meeting refers to dining at 'the hotel' (Mr and Mrs Corbett) - which is the Gogerddan Arms. Does that imply there was only one hotel in 1874?

1898
Cambrian News editorial
"A large proportion of the visitors who visit Aberystwyth ought to ascend Plyulimon, and they would ascend Plynlimon if its ascent were made an easy, pleasant trip, as it could be made if the Cambrian Railways Company, the Aberystwyth car proprietors, the pro- prietors of the Ponterwyd Hotel, and the landlord of the hotel knew how to set about the task. In the seventies the writer of these lines wanted tc get to the top of Plynlimon, but the nearest he got to the summit was the Devil's Bridge Hotel. Nobody practically knew anything at all about the mountain, and although twenty years have passed away since then, the Ponterwyd Hotel is no more a base for ascending Plynlimon to-day than it was then, and yet that hotel is not so great a financial success that a means of additional profit can be contemptuously ignored." CN 19 Aug 1898 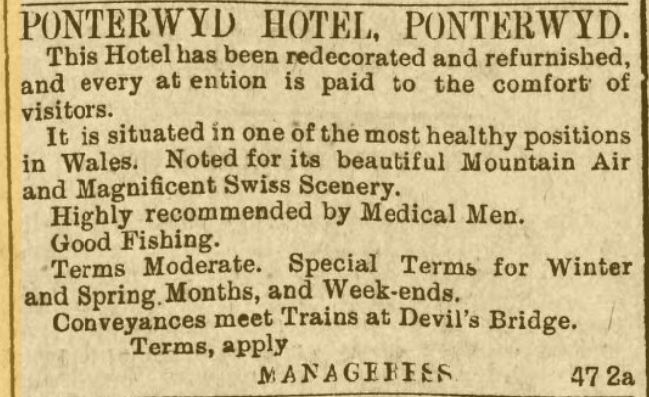 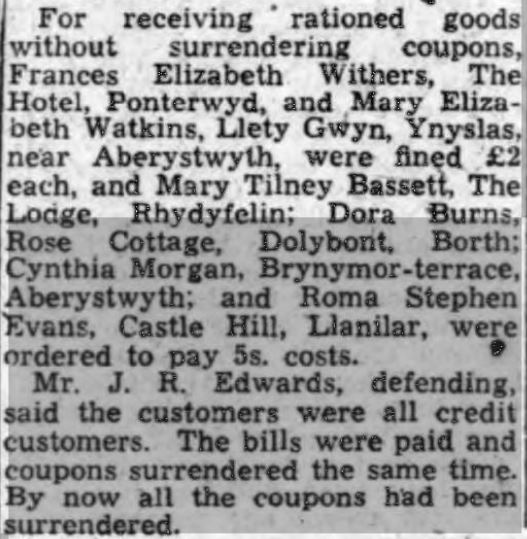