1916
"Eggs for Wounded Soldiers.-The Council School children are making an egg collection for the benefit of wounded soldiers. The authorities of Bethel Baptist Chapel under the stimulating influence of Mr. Thomas Davies, Black Lion, have already made a start by contributing £1 for the good cause. It is to be hoped that every household will remember that the soldiers have undergone pain and fatigue in order to ensure our safety, and will act accordingly. " The Cambrian News and Merionethshire Standard 25th February 1916 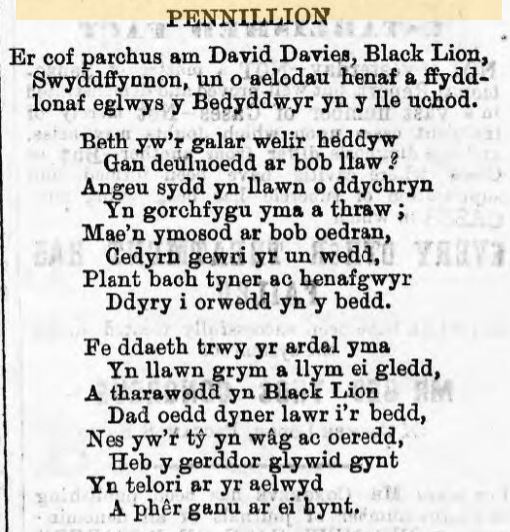