1863
"Samuel Brown, a tramp, was charged with stealing a shirt the property of Mr. David Morgan, of the Olmarch Arms Inn, near Llangybi, on the 9th inst. The prisoner pleaded guilty and was sentenced to six weeks imprisonment." Welshman 17 Apr 1863

1882
"The Bench granted a temporary transfer of the Olmarch Arms from Margaret Morgans to Mary Morgans." CN 26 May 1882

"Mr David Lloyd, Dolgwm House, applied for a renewal of the license of Olmarch Arms Inn, which has not been carried on as a public house for some time. The application was refused" Welshman 29 Aug 1884 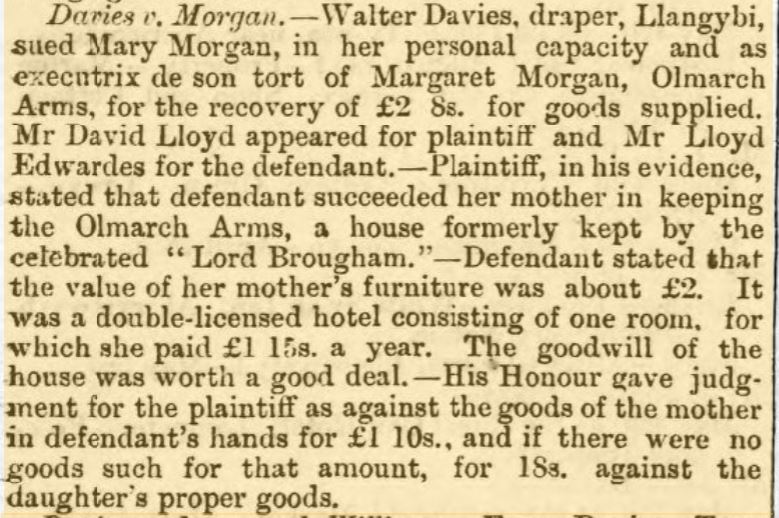