Nothing to do with the pub, but interesting. The Richards family lived across the road from the Pub.
"ALBION COLLIERY DISASTER. Among those who were killed in the colliery explosion at the Albion Pit, Cilfynydd, on Saturday last, we regret to state that the following persons from this locality are among the dead:-... Wm. Richards, aged 19, son of Mr David Richards, Rhydygwin, Glanpwllafon (formerly in the service of Dr. Phillips and Wilson & Cooke) .... the total number of deaths, including the six unrecovered, reaches 264" Cgn Obs 30 June 1894

1896
"Licensing Offence. -P C. David Davies summoned Jane Davies, innkeeper, Rhydygwin, for selling intoxicating liquors during close time, at 3 30 p.m. on Good Friday. Mr W. J. Williams, who appeared for defendant, pleaded guilty to the charge, and expressed a hope that the bench would deal leniently with defendant, who was a poor widow endeavouring to gain her livelihood. The offence had been committed on Good Friday and not on Sunday. P.S. Williams was about to inform the bench why the house had been watched, when he was prevented by the Magistrates' Clerk, as defendant had pleaded guilty. Fined 2s 6d and costs." Cgn Obs 25 April 1896

"Found, on Licensed Premises. P.C. David Davies charged James Davies, labourer, with being found on licensed premises " Rhydygwin," during close time on Good Friday, at 3.30 p.m.- P. C. David Davies said that on the day in question he saw defendant in the kitchen at Rhydygwin with a blue before him. three-parts full. He had in his hand a tin jug. Defendant's statement to the officer was that he had gone to the house for beer for persons who assisted him in removing his furniture. Fined 2s 6d without costs. "
Cgn Obs 9 May 1896

1905
" A CARDIGAN HOUSEBREAKING CASE. At the Cardigan Borough Petty Sessions on Friday a labourer and R.N.R. man, named William David James, of Pontrhydycoirt, near Cilgerran, a married man with two children, was charged with breaking and entering the dwelling-house of Anne Davies, single women, residing at Rhydygwin, in the parish of St. Dogmell's Municipal, on the previous night. Anne Davies left her house about 9 a.m. and returned about 9 p.m. On her return she noticed that one window was unfastened. Mrs Davies, her neighbour, had previously told her she thought someone had broken into the house, as she had heard a noise inside. The police were sent for, and Inspector Williams and two constables came. After their arrival witness unlocked the door and they entered. Presently she followed, and saw accused lying on the bed. He was under the influence of drink. Nothing had been taken away, and all the effects seemed undisturbed. Inspector Denis Williams said that when he found the man he asked Anne Davies whether she knew accused and had she encouraged him in any way. She replied that she did not know accused, neither had she encouraged him, and there was no reason for his presence there. Examining the two windows, he had found that two panes had been broken in one and one in the other, the latter being opposite the window fastener, which had been pulled back and the lower sash lifted up. The accused was not drunk then, but had the appearance of one getting over the effects of drink. Accused had nothing to say, and was committed to take his trial at the next Assizes. The bench stated that bail would be accepted." Pembs Herald 21 April 1905 [no longer a pub?]

1911 Census
There are only 2 Rhydygwin houses - one occ by Owens and the other by a family of Davies, but no suggestion of Tavern. Husband is a Haulier, and wife Dinah is a wife (but she could have been brewing?) 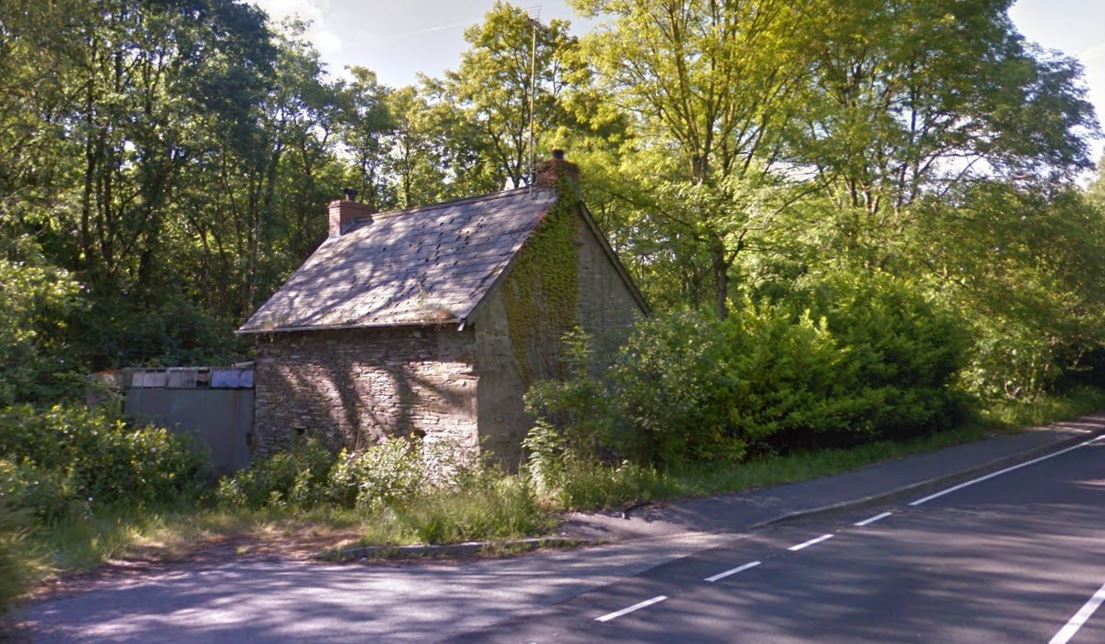 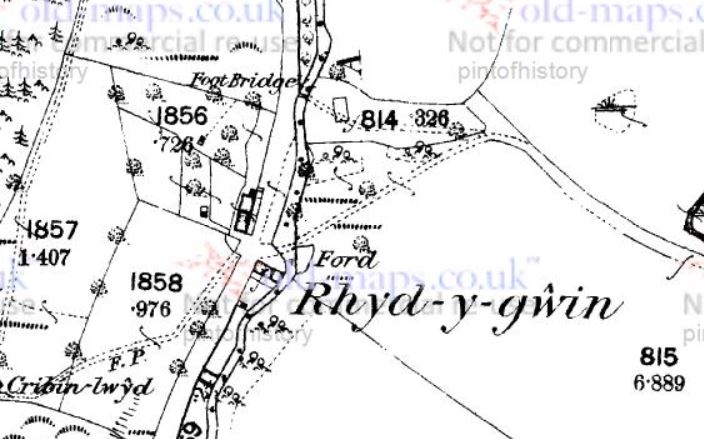