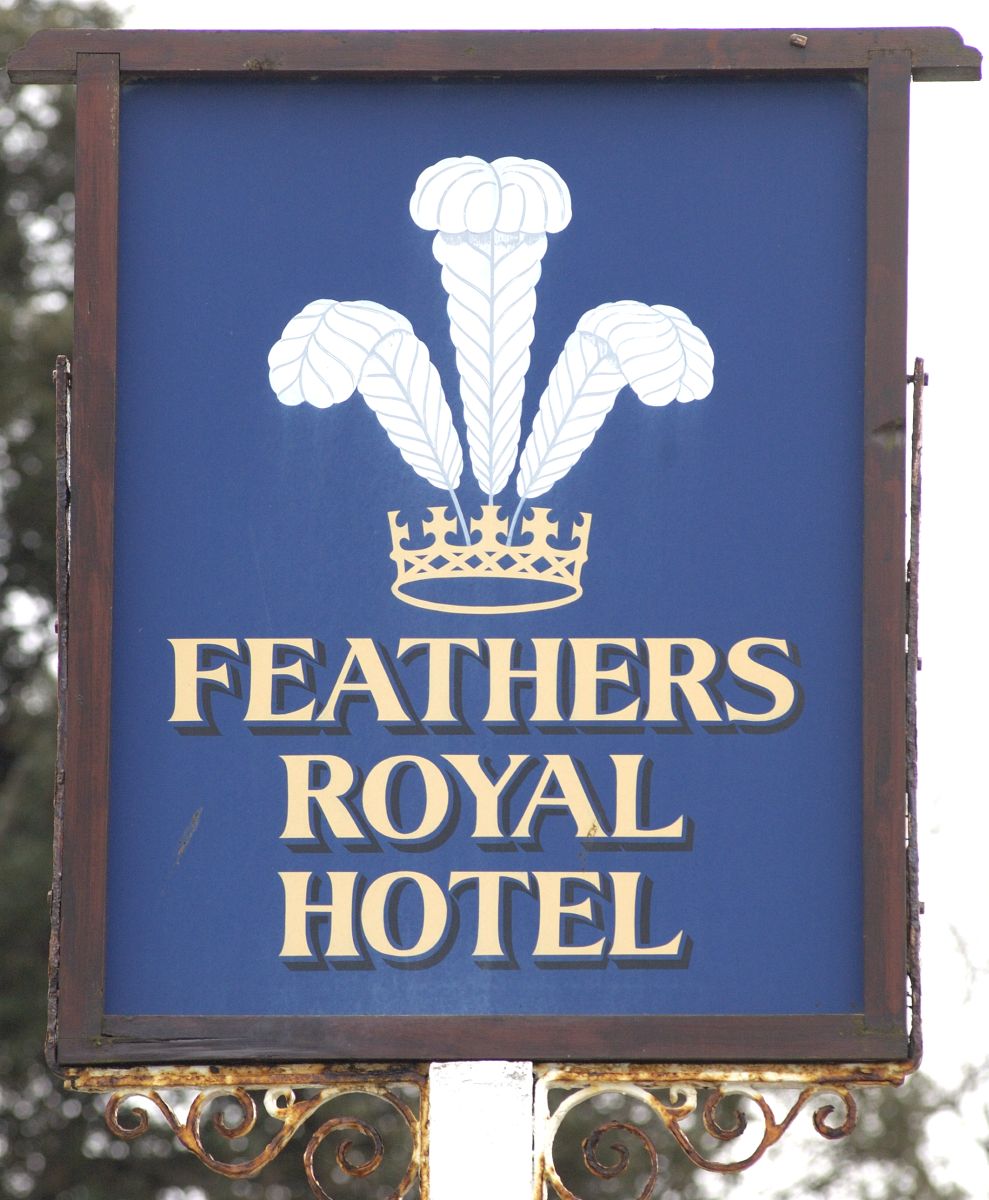 It was owned by the Llanerchaeron Estate until 1921 when it was purchased by the tenant, John Davies.
It became known as the Feathers Royal Hotel by 1866, probably because the Royal Mail coach stopped there. There is no evidence that any member of the British Royal Family stayed there.

Closed 2018 and sold to a property developer.

1824
A most excellent dinner at the Feathers, a particularly neat & clean little inn, kept by a Scotsman married to an English woman. The horses in good condition & the drivers fine dashing young fellows both in the same coloured suits, buff waistcoats etc., in short everything at this little inn was in a superior style to what we had hitherto met with in Wales.
(Porter, Phoebe, Diary 1824, Worcestershire Record Office, BA 3940/68(i))

1824
We watered the horses at the new Inn Aberaeron, a very clean nice house where we got the best mutton chops & beef steaks, tart & rice pudding I ever tasted. The inn is about ½ a mile from the sea & a pier is built there not very long since.
Porter, Anne, Journal of a tour down the Wye & through South Wales, August 17th to September 25th 1824. Worcestershire Record Office, BA 3940 Parcel 65 (ii) 705: 262

1831
An adjourned meeting of the Quarter Sessions were held in the Feathers. This might have been the only time they did so because, from 1765 they normally met in town halls in Aberystwyth, Cardigan or Lampeter. After 1845, they always met in the new Town Hall, Aberaeron.

1833
an excellent posting-house and hotel, have been established, the latter affording to families an equal degree of comfort and privacy to any in the principality.
Lewis, S., (1833), Topographical Dictionary of Wales, Aberaeron

1841
Theft from the guests at the Inn. One of the thieves was caught and transported to Tasmania.
See also Mair Lloyd Evans and Mair Harrison, The Ins and Outs of the Inns of Aberayron, (2013), p. 4

1855 (27th September)
Prince Louis-Lucien Bonaparte's had dinner at the Feathers.
‘A stay of some hours was made at Aberaeron. The little inn was replete with comfort. An excellent pianoforte tempted the Prince to gratify his friends with some fine old German airs which were exquisitely played. The party afterwards proceeded to Lampeter.’
Prince Louis-Lucien Bonaparte's visit to Wales in the Autumn of last year. Cambrian Journal, vol 3, (1856), pp. 1-13. 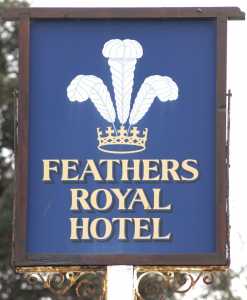 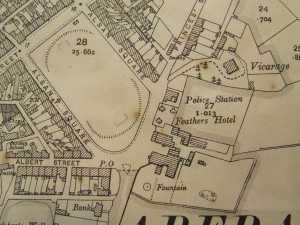 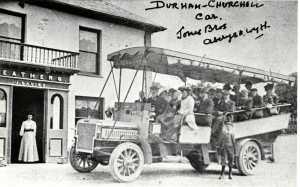 Advert for the Feathers 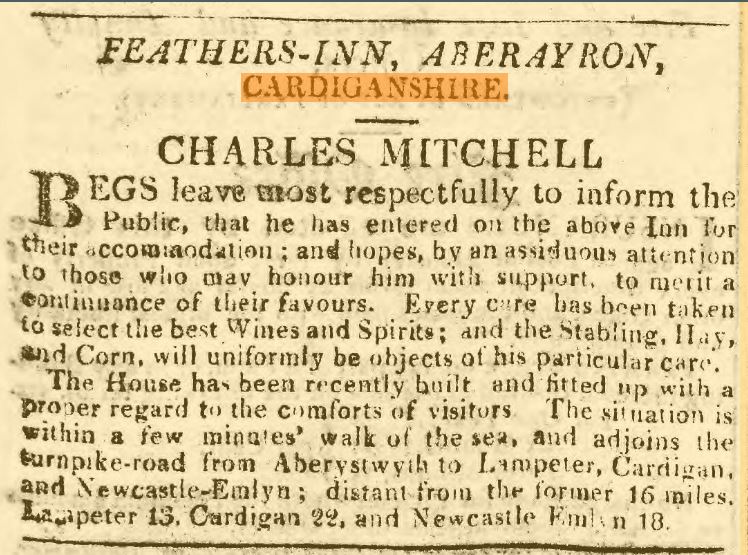 Otter hounds at the Feathers 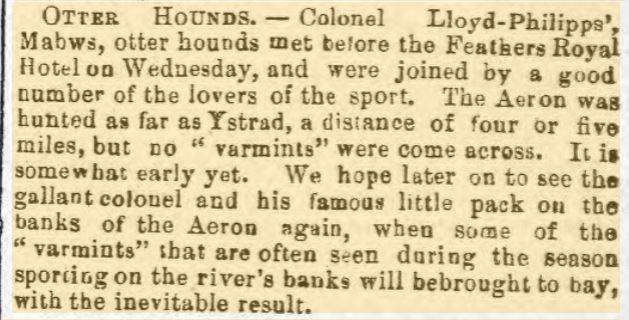 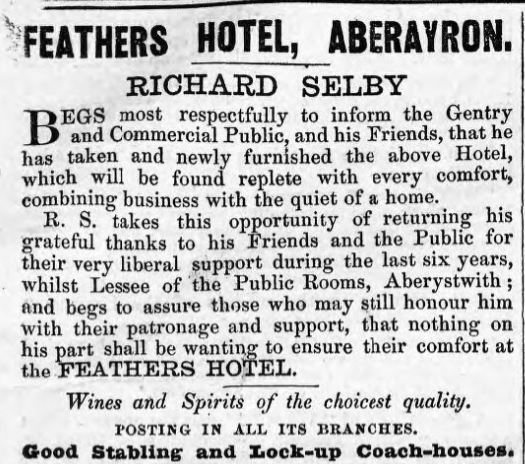 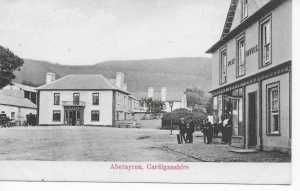