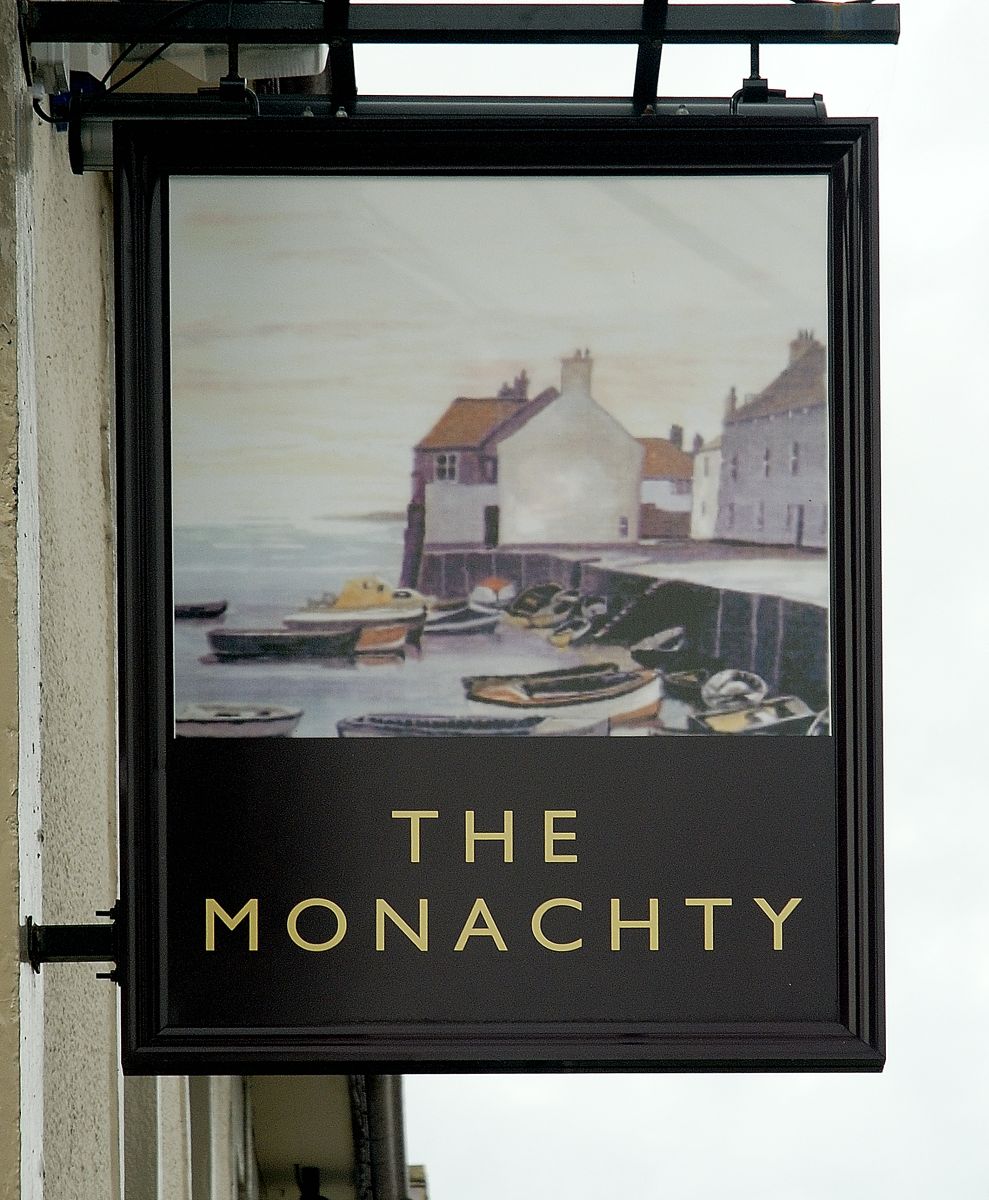 Other names: Black Lion, Monachty Hotel
Address/Location: Bridge Street, no. 7 (by 1851) and 1 & 2 (by 1861) SA46 0AS
OS Grid Ref: SN459629
Opened: c.
Closed: open 2017       Type: Pub
Summary: This pub was originally in Llanddewi Aberarth parish.
It might have been called the Black Lion, until 1842. Monachty was a local estate.
There were two other Black Lion pubs in Aberaeron. One was in Alban Square, also run for many years by a John Edwards; the other was originally in Henfynwy parish.
The Cadwgan Lodge of the Friendly Society, True Ivorities, met here during their initial meeting in 1840 and subsequently.
The Court Leet of the Manor of Llyswen met here from 1851

1897
"Occasional License. Mrs Evans, Monachty Arms, applied for an occasional license on the occasion of the Llanarth fair. -The Bench desired to know whether applicant or some other person would utilize the license. Mrs Evans said she would get the profits.-The Bench said they would grant the application conditionally upon the applicants or her servants making use of the license, as there were complaints by other publicans in the town that the license was being lent. The applicant gave the necessary undertaking. " CN 24 Dec 1897

1899
"Mrs Evans of Monachdy Arms, who is well-known to a wide commercial circle, after a thirty-six years' occupation of that well known hostelry, is leaving this week and is removing to her own house, the Gambia Inn, at the lower end of the town. She has many well wishers. The new occupier is Mr W. Thomas of London, previously Treorky." CN 22 Dec 1899

1908
"MAYORAL DINNER. On Thursday evening at the Monachty Arms Hotel, the members of the Urban District Council were the guests of the chairman, Councillor D. Pennant James, at an excellent dinner." WGWWA 21 May 1908 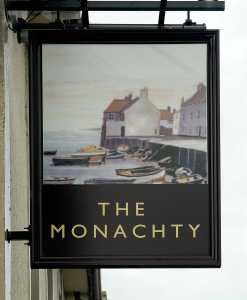 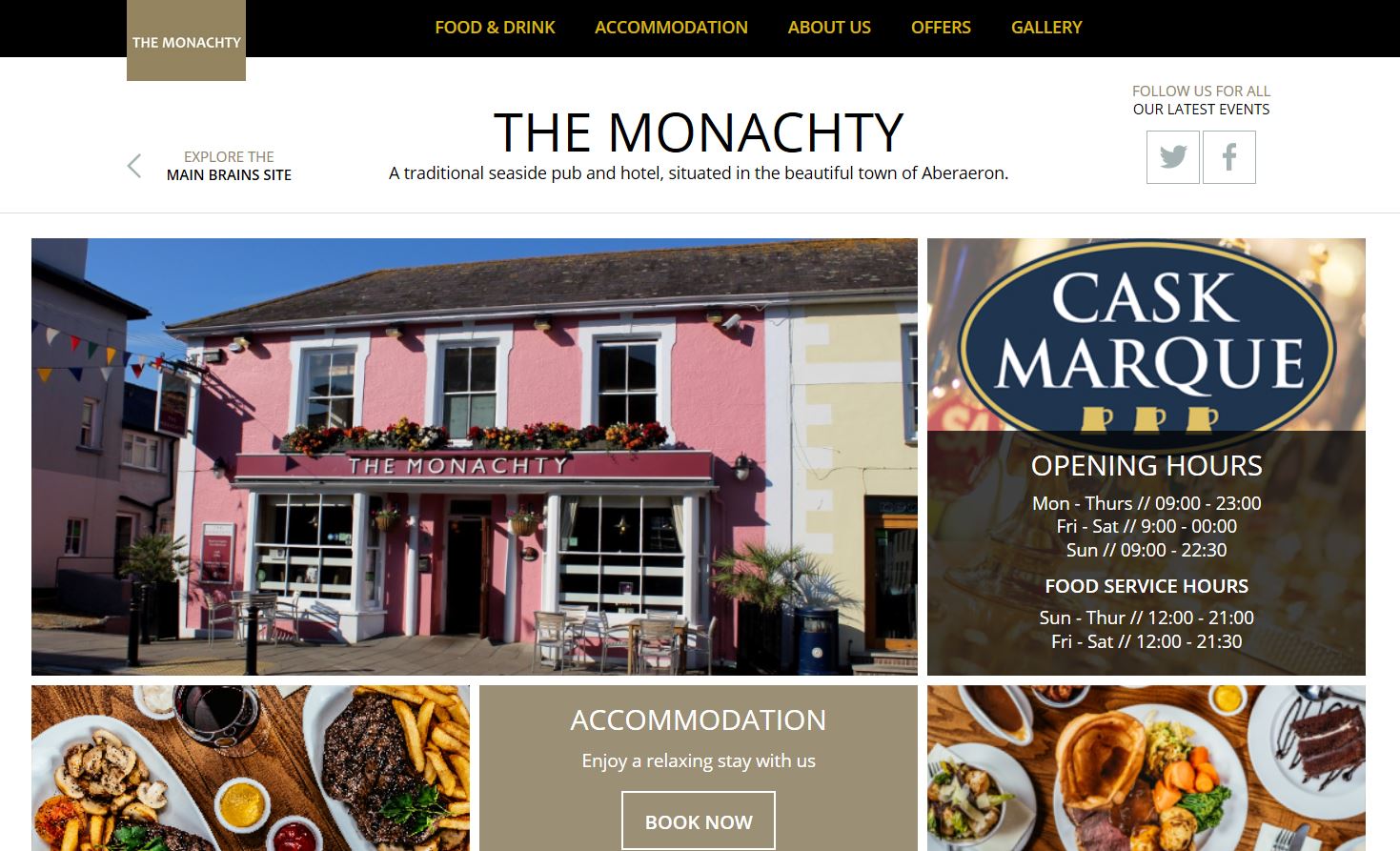 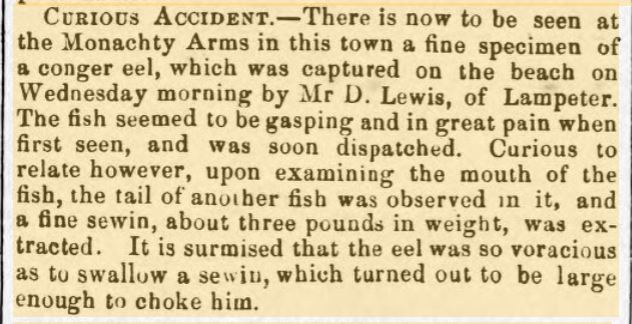 Monachty Arms to be auctioned 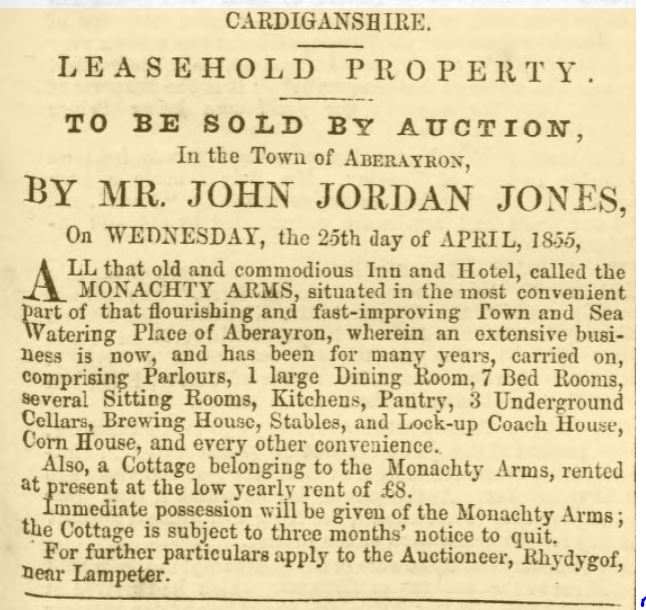 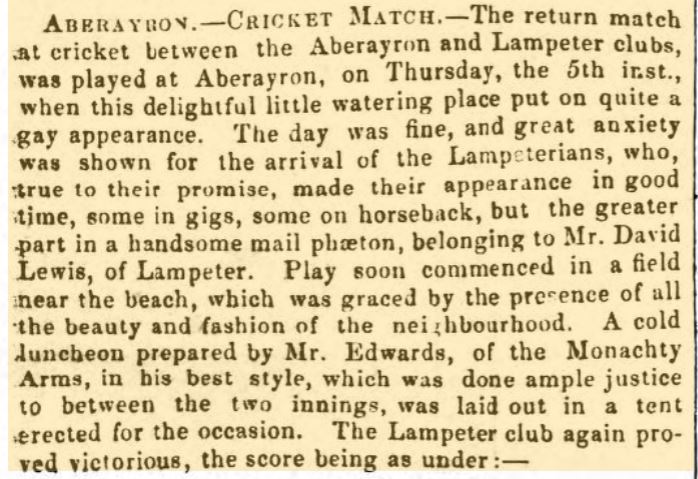 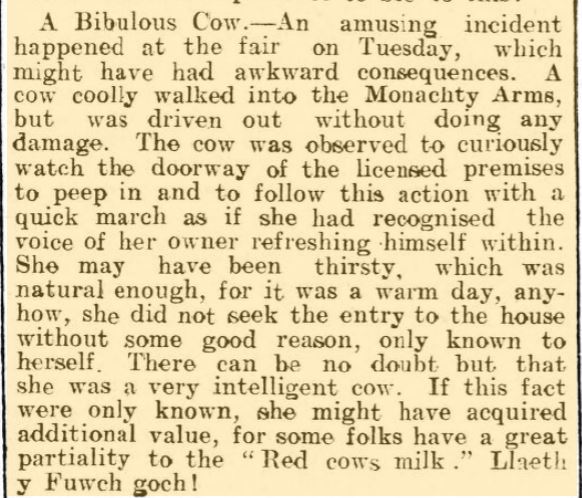 Special licences for the fair, 1896