1907
"Central Hotel, Llanon. Mi-. Pennant James applied for a 7 days license for the Central Hotel, Llanon, formerly the old "Swan Inn.' In support of his application Mr James stated that the Central Hotel had been made the recognised stopping place of the motor busses running between Aberayron and Aberystwyth. The hotel had been thoroughly renovated at great cost and was second to none in all the district. It was proposed to continue the motor service on Sundays in the near future, and an important station like the "Central" would be very awkward if no shelter or refreshments could be provided on Sunday The licensee was a man of unblemished character and Mr Morgan, the owner, was a well-known and influential gentleman in the district. The Chief Constable: The motor busses are not running yet on Sunday, and guests staying on the premises can be served by six-day house and it would be their duty to protect monopoly value placed to the cicdit of the public not licensed victuallers. --Rev F. t Morris How many 7 day licences are there at Llanon at present. The Chief Constable: Three out of the five houses are 7 days. Mr Morris: Can't we stop the Sunday drinking? Mr James said he hoped no bias would be introduced. The Chairman Three 7-days out of 5 is rather high|"
1911 occupied by Emma Jones Jones, hotel keeper, born in Monmouthshire (Census)

From a valuation list dated between 1884-1887 found in a local attic - the Sun Inn was owned and occupied by James Davies.
1905
Petty Sessions: Aberaeron; number on list: 49; name of premises: Sun Inn; Parish / Place: Llanon; Licensee: Evans M Jones; owner or tenant : tenant; registered owner : Jenkin Davies, Llanon, ; free or tied: free; tied to: [blank]; type of licence: full; on or off licence: on; number of licenced days per week: 6. (1905 list)
1908
"The only new license granted during the year was that cf the Central Hotel, Llanon. This house was built on the site of the old Sun Inn. The Sun Inn had a six-day license and application was made to extend it to seven days in respect of the Central j Hotel. The new house is a large well-built house suitable for travellers to stay at. By granting the application your committee did not increase the number of licenses, it being merely the extension of the old six- day licehce to seven, and in the opinion of the licensing justices and of your committee that under the very special circumstances of the case there was no monopoly value to be paid."" WGWWA 9 Jan 1908

Dylan Thomas sometimes drank in the Central Hotel with his friend, Herbert the Vet. 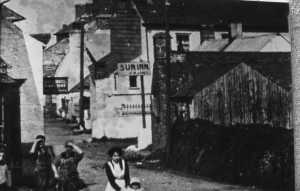 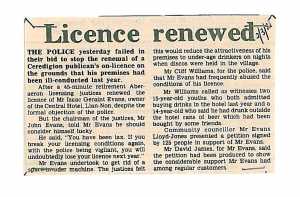 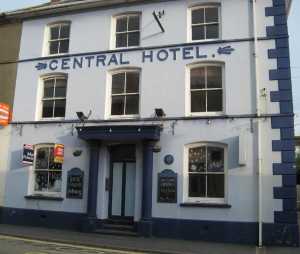 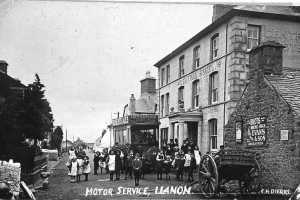 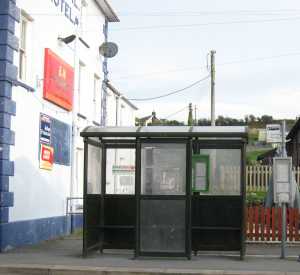 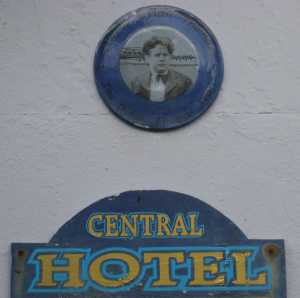 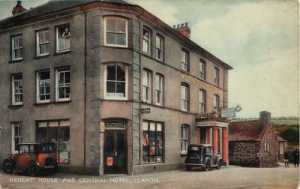 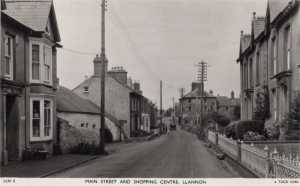 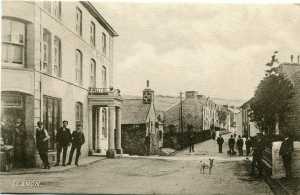