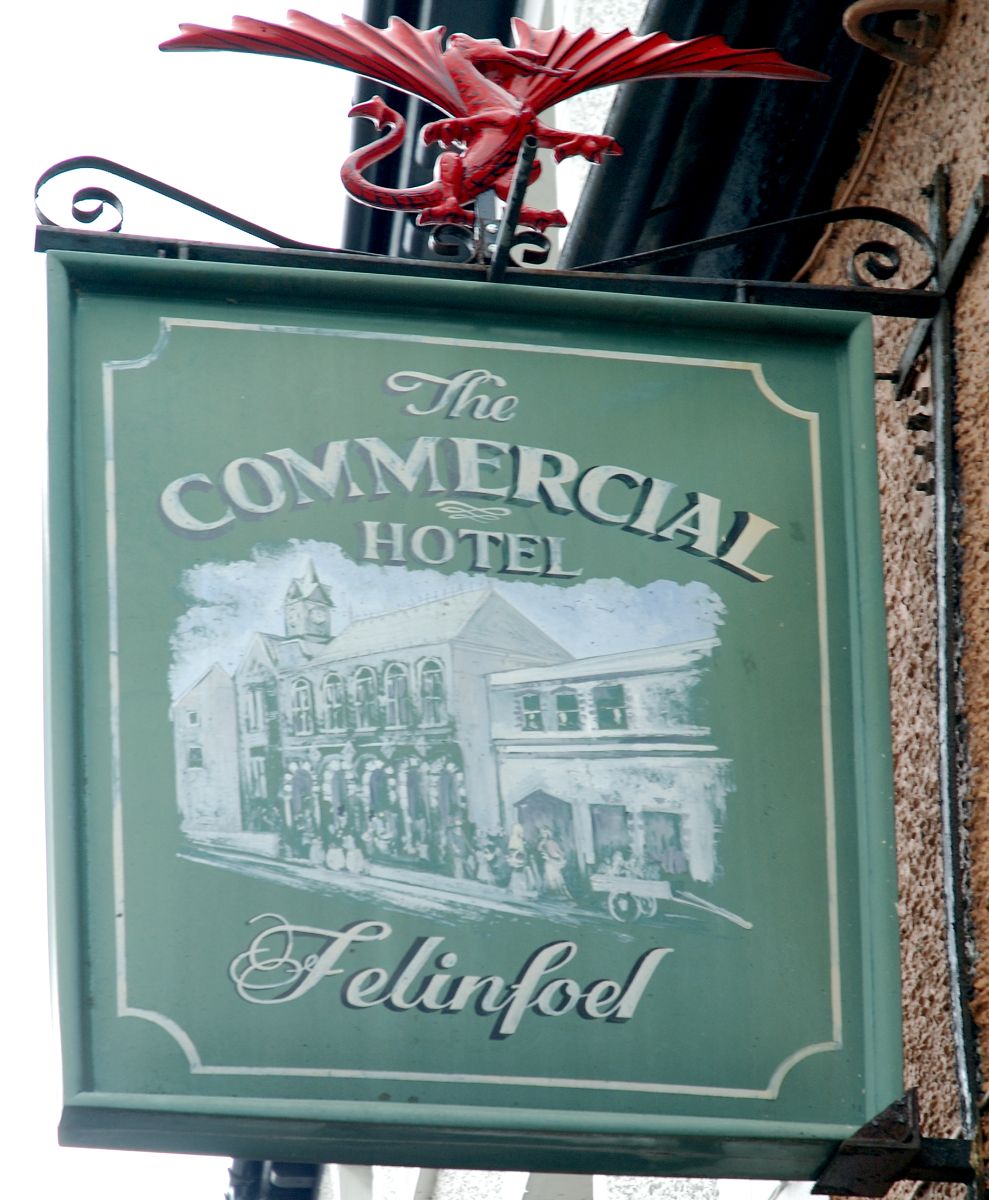 1893
Sergeant Davies mentioned as staying there

1910
"ACCIDENTALLY DROWNED. The mysterious disappearance of Mr. Samuel Owen, Commercial Hotel, Cardigan, reported in our last issue, has been solved by the recovery of the body, from the river Teify near Castle-Malgwyn. A sad feature of the affair is that his wife was only buried the previous week" full report of inquest in WGWWA 5 May 1910

"MYSTERY OF THE TEIFI The disappearance on Saturday last of Mr. Samuel Owen. Commercial Hotel, Cardigan, gave rise to much excitement in that town, especially as it was only on the previous Tuesday that his wife. in whose name the business of the Commercial Hotel had been carried out for many years, had been buried. Deceased on Saturday visited his sister at Derwendeg, aibout four miles from Cardigan, on the Newcastle Emlyn road, and soon afterwards he was observed crossing Llechryd Bridge, and turning along: the river bank towards Cilgerran. This appears to have been the last time he was seen alive. The river was dragged, and on Wednesday night the body was found in a pool of the River Teifl behind Castlemaengwyn. The deceased, who was 51 years of age, during the early days of Volunteering, held the position of Quartermaster-sergeant of the Cardigan Company " Evening Express 29 April 1910

"Only last Tuesday Mrs Owen was buried. It was arranged that her only daughter should carry on the business, while Mr Owen decided to live with his sister at Derwendeg"

"The application of Mr. G. W. Potter for the permanent transfer of the license of the Black Lion Hotel from Mrs. Davies to himself was granted. A similar application by Miss Harries in respect of the Commercial Hotel was granted" WGWWA 14 July 1910
MARRIAGE "At St. Mary's Parish Church. Cardigan, on Monday Mr. Lewis Lewis, architect, of Cardigan and Fishguard, was married to Miss Lily Harries of the Commercial Hotel, Cardigan, daughter of the late Mrs. Owen, of the same place." Welshman 16 Sept 1910
1911 Census
Lewis Lewis Head Surveyor
Mary Elizabeth Lewis 30 Hotel Keeper

1918
Listed as a Temperance Hotel in Trades' Directory of Wales. 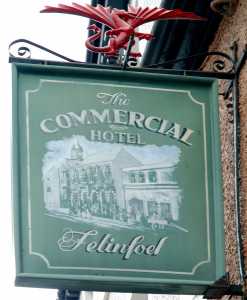 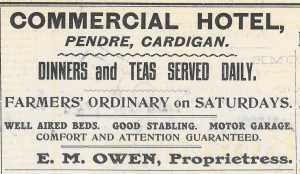 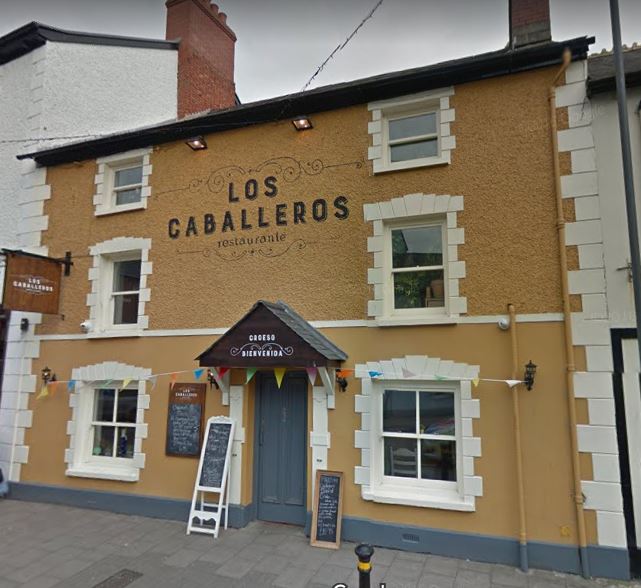