1859
"On the 4th instant, at Drewen, by the Rev. David Jones, in the presence of Mr. John Morgan, Registrar, Mr. Thomas Jones, landlord of the Red Cow, Adpar, Newcastle-Emlyn, to Elizabeth, daughter of the late Mr. Phillip Nicholas, of Pantygwiddie, Llanfirnach" Welshman 7 Oct 1859
1887
"John Jones, Cwnigiest Llandyssul, farmer for refusing to quit the licensed premises of the Red Cow Inn Adpar when requested to do so. He was further charged with been drunk and disorderly on the street after been expelled out of the house. He was fined 2s. 6d. and costs in the first case, and 5s. and costs in the latter, in all £ 2 4s." CN 28 Oct 1887

1900
"The Inspector of Nuisances read his report for the past month. It appeared therefrom that a fatal case of diphtheria had occurred at Red Cow Inn, Adpar. The Inspector had visited and disinfected the premises, and given the requisite instructions, but had been unable to ascertain the origin of the outbreak. It was resolved, on his recommendation, to open and examine the drain at the back of the premises" WGWWA 20 Dec 1900

1900
"LICENCES. The licence of the Red Cow Inn was transferred from David Edwards deceased to his widow, Ruth Edwards," WGWWA 4 Oct 1900

1901
"The nuisance at the back of the Red Cow Inn, Adpar, which was reported by the Medical Officer was again referred to. Two deaths from diptheria at the house were attributed to this cause by the Medical Officer. On the motion of Mr. Ben Davies, seconded by Mr J. H. Evans, it was decided to serve notices on the owner and occupier requiring them to abate the nuisance forthwith. " WGWWA 14 March 1901
Note: David Edwards died after falling off a cart, not from diphtheria! Inquest report in WGWWA 19 July 1900

1903
"A Missing Emlynian Found. - A few days ago the relatives of James Lewis, son of Mrs. Harries, Red Cow, Adpar, were much concerned as to his whereabouts. They informed our representative of his disappearance, and a description of him appeared in the "Welsh Gazette," Last week Mrs. Harris, his mother, received a letter from Lewis, stating that- he was at work in Machynlleth. " WGWWA 15 Oct 1903
[but see article from 1904 attached] 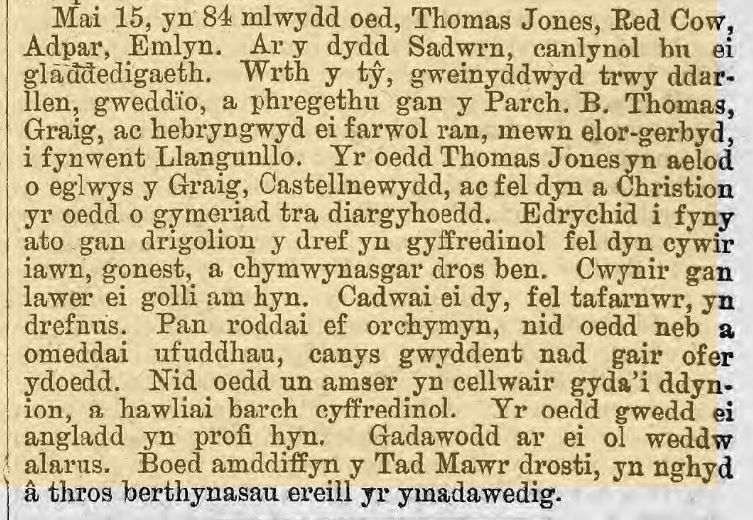 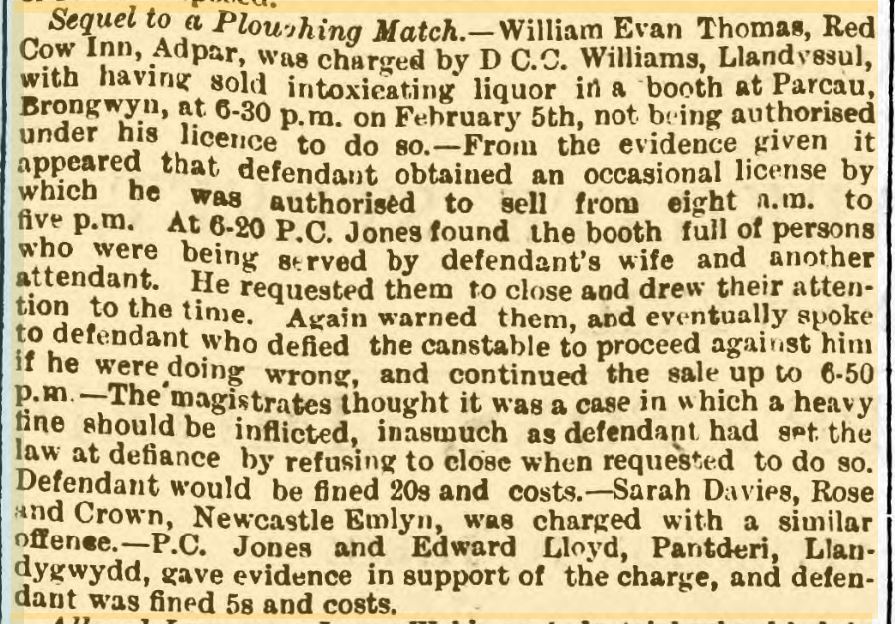 Description of the stocks in use 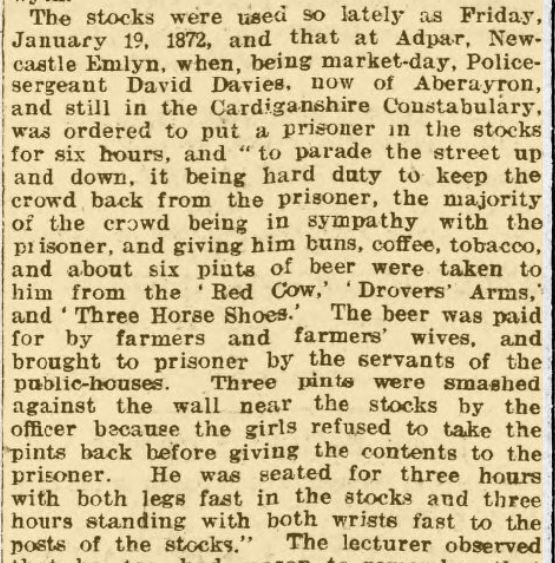