Other names:
Address/Location: Marine Terrace
OS Grid Ref: SN5832281929 probably
Opened: c. 1832
Closed: NOT KNOWN       Type: Hotel
Summary: There was a Clarence Place on Marine Terrace which was a lodging house between at least 1839 and 1844 - probably unconnected, unless the Place was named after the hotel.
Advert from 1832 says it's on a corner, which suggests probably one of the corners of Terrace Road. Wood map of 1834 shows that the building where the Kings Hall was is probably the most likely.
No references found anywhere after the 1832 advert. Was the name changed when it opened? 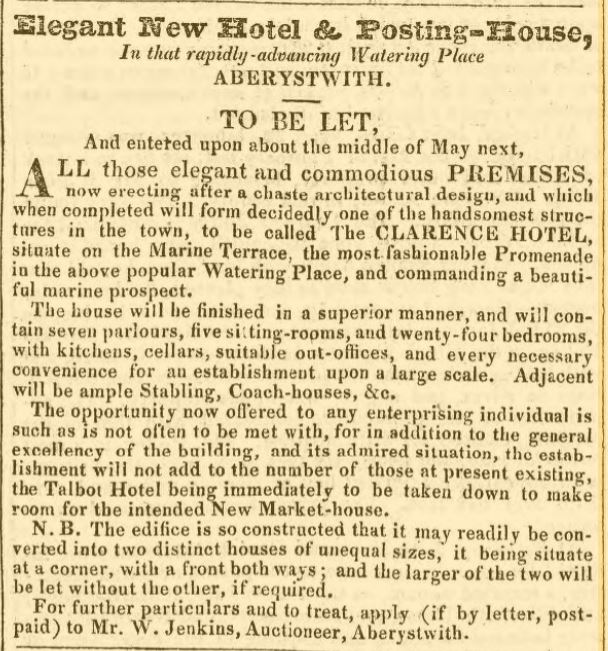 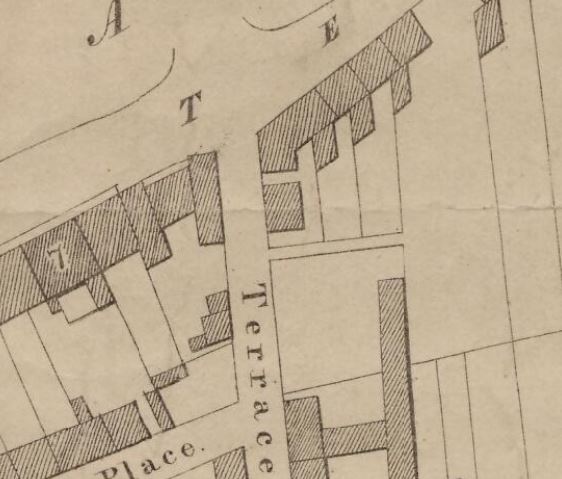