Other names:
Address/Location: Butcher's Market / St James's Square
OS Grid Ref: SN5819181567
Opened: before 1837
Closed: before 1901       Type: Pub
Summary: The Butchers Arms was located on the east side of St James's square between Princess Street and Upper Great Darkgate Street. The Liberal Club was built on the site in 1901.

1900
Assignment of the property known as Butchers Arms
from Mrs Mary Jones (widow of Daniel Jones), to William Richards.
Includes detailed plan.
NLW Roberts and Evans, CB4/33 (This bundle of documents includes items relating to the later history of the site as the Liberal Club and warehouse).

Cow straying from the Butcher's Arms 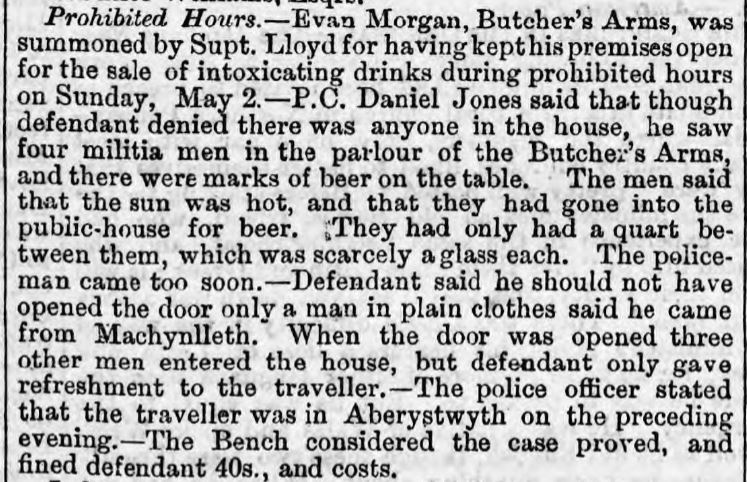 Drunk in the Butchers Arms 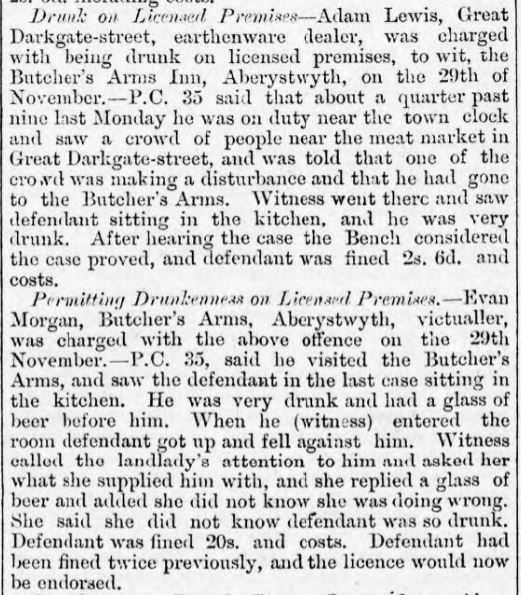