Other names: Tycoed
Address/Location: Aberystwyth
OS Grid Ref: SN59698052 probably
Opened: c.
Closed: NOT KNOWN       Type: Beerhouse
Summary: Police report refers to being on duty 'near the bridge' - presumably the river bridge that is on the road to Penparcau. One report refers to a policeman on duty near Pwll Simon and seeing people entering and leaving the wooden house. Another mentions someone charged with camping beside the highway near the wooden house. It may have been demolished earlier, but the only building on the map in 1889 that it could be it seems to be the small one in the top right, near the road.

Notes: Seems to have been owned by David Morgan, brewer of Llanon, and run by Thomas Edwards?

1871 (Jan and Feb)
Thomas and Catherine Edwards in County Court over complicated 'attempt to defraud' relating to debts of Catherine's late husband. Seem to have got off.

1870
"The little inn known as the Wooden House was nearly Carried away from its foundations, and the adjacent lowlands were transformed into a vast lake." AO 5 Nov 1870 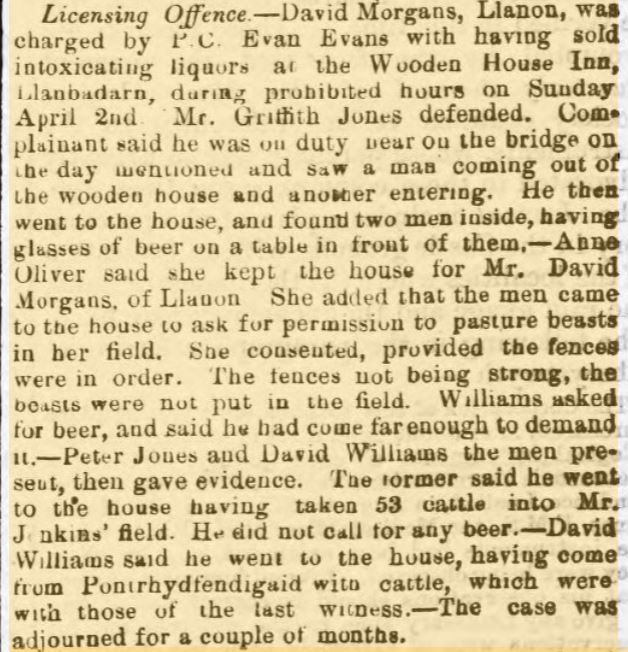 Selling beer at 3am 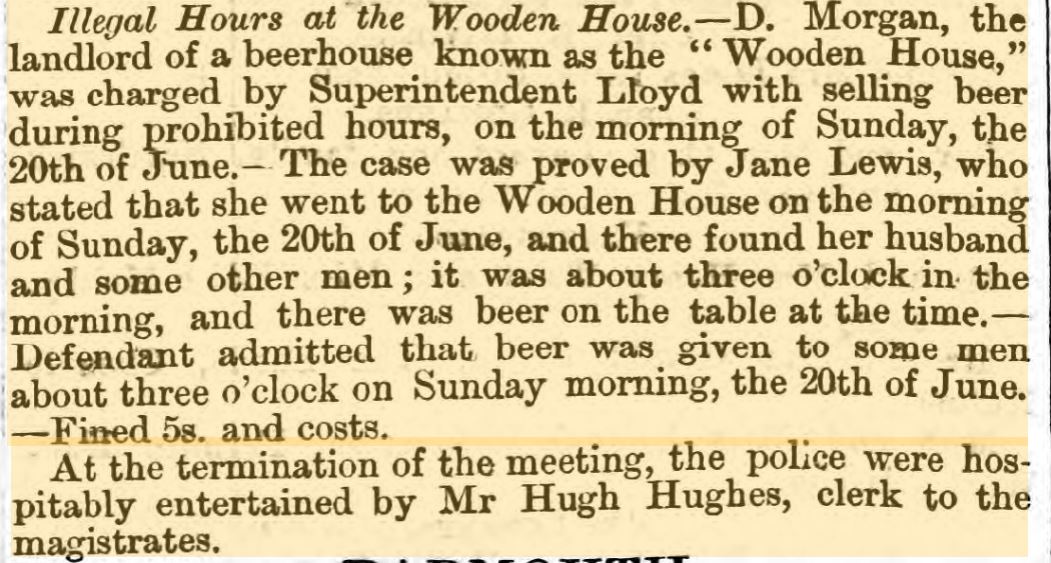 Selling Beer at 3am - another report 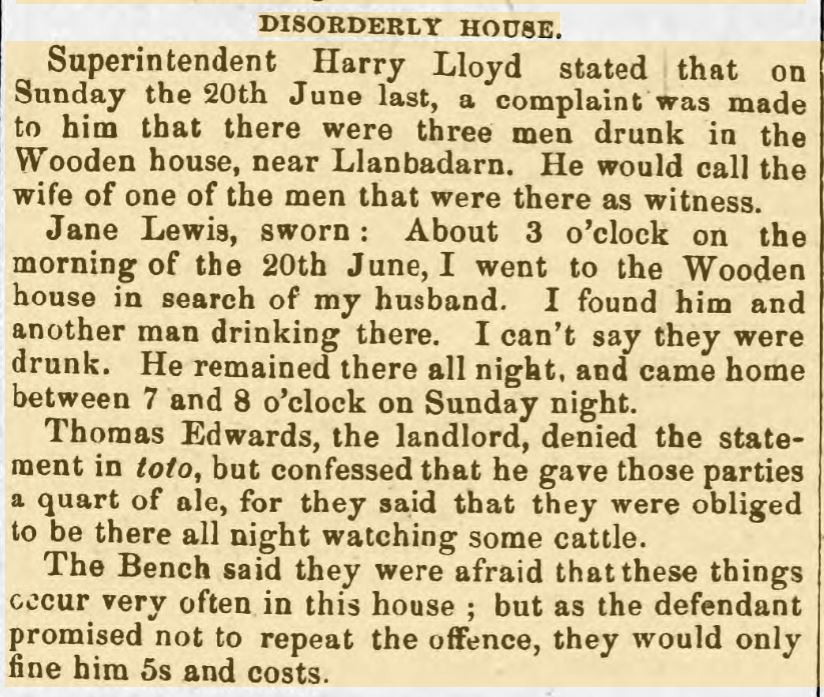 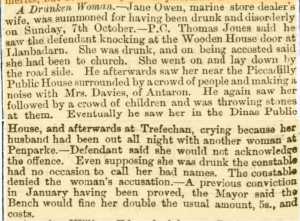 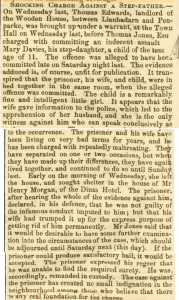 Thomas Edwards in the workhouse 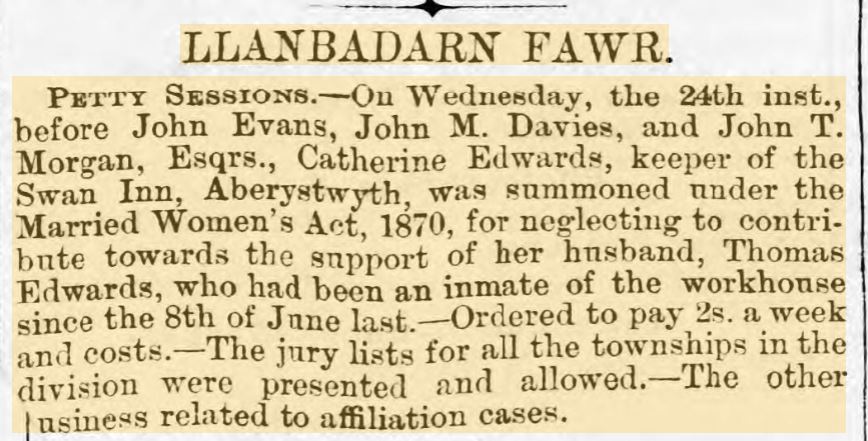 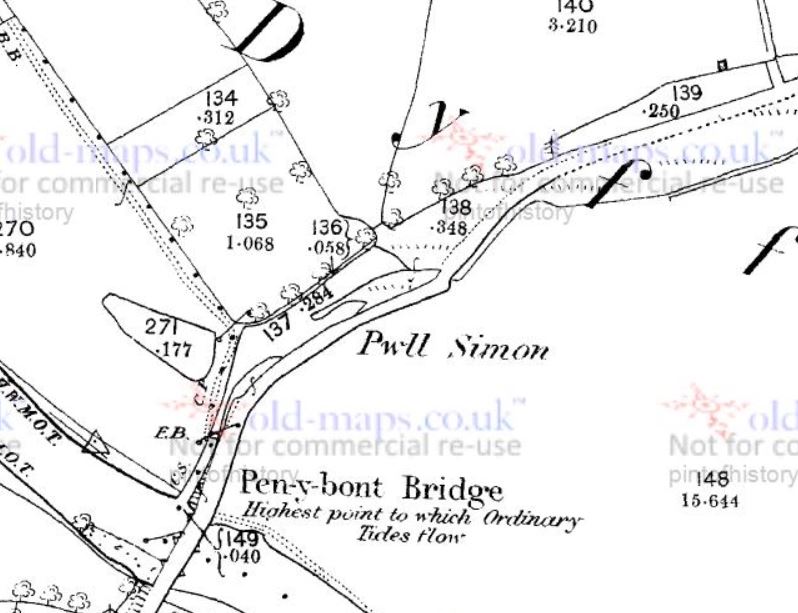 Camping beside the highway

People associated with this establishment
Edwards, Catherine and Thomas [-]