This place name is marked as Tavernscour on Roper and Cole's map of Cardiganshire, 1809, on the main road between Cardigan and Aberaeron, just south of Pigeon's Ford.It's spelled the same on Smith's map of 1808. It was probably a public house at some time in the past. The Cary map of 1833 though, spells it as Tavern-ysgawen which sounds more likely.

On the Tithe map as Llwyniscawn

The building is still there in 2017, marked as Tafarnscawen on the Cyngor Ceredigion map 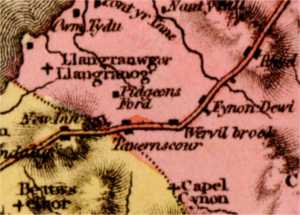 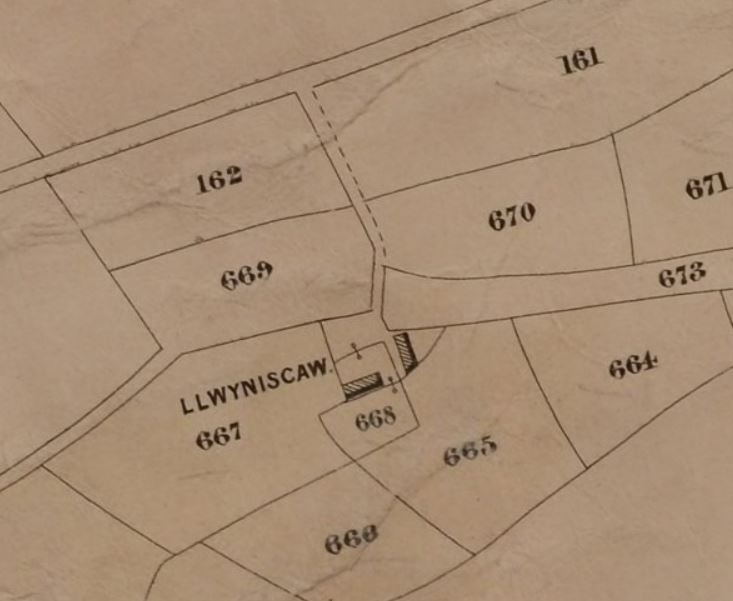