Photograph of the facade (no date but probably at the time Pantyfedwyn building was being erected in 1968
RCAHM (W), Aberystwyth domestic, SN58 SE, folder 4a

1873
"Licence of the Prince Albert Inn transferred from the late John Hughes to Donald McDonald. " CN 24 May 1873

1896
"Transfer application. The application made by Mr Isaac Parrish for the temporary transfer of the Prince Albert Hotel from Mrs Morris, adjourned from last week, was granted, the Chief Constable stating that the enquiries he had made were most favourable " CN 13 March 1896
1905
Petty Sessions: Aberystwyth; number on list: 27; name of premises: Prince Albert; Parish / Place: Aberystwyth; Licensee: Parrish, Isaac; owner or tenant : tenant; registered owner : David Roberts and Sons; free or tied: tied; tied to: Aberystwyth Brewery; type of licence: full; on or off licence: on; number of licenced days per week: 7. (1905 list) 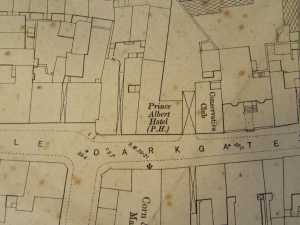 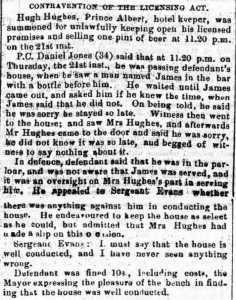 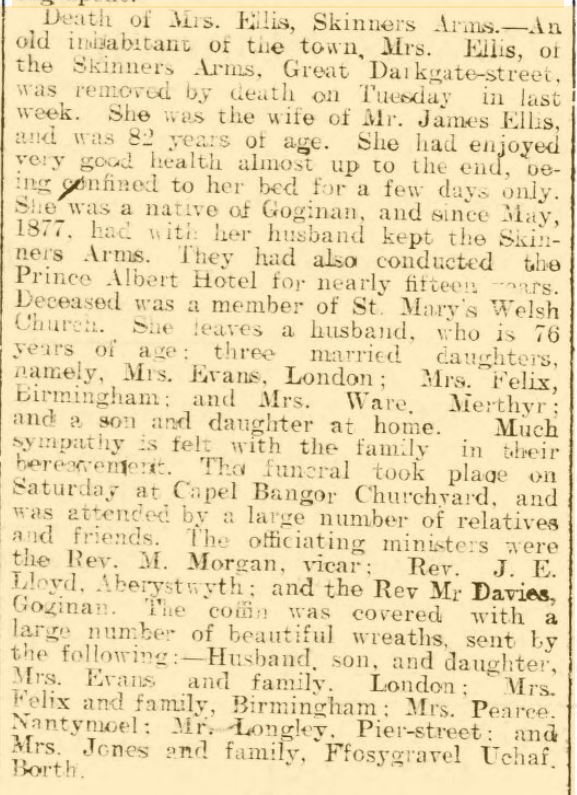 Meeting of the Aberystwyth Oddfellows 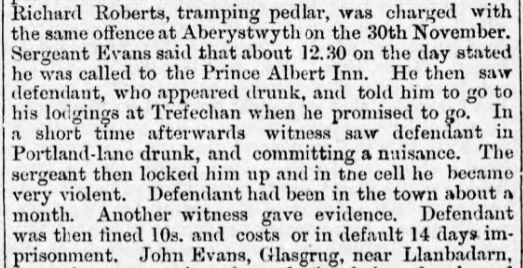