Other names: Railway Hotel; Lord Beechings, Three Jolly Sailors
Address/Location: Lewis Terrace (now 8 Alexandra Road)
OS Grid Ref: SN5846081612
Opened: before 1875
Closed: open 2017       Type: Pub
Summary: The Railway Inn was opposite the railway station which opened in 1863. The name of the pub was ironically changed to Lord Beeching whose report resulted in the closure of many railway lines in Britain in the 1960s, including the Aberystwyth to Carmarthen Line.

There is potential for confusion here. An advert from 1867 says that the Commercial Inn (opposite the railway station, later the Cambrian) [show pub] was formerly the Railway Inn. At least one court report about a robbery at the Railway Hotel also refers to the place as the Railway Inn.

Notes: 1855
"P.C. Isaac Morgan preferred a charge against Thomas Edwards, landlord of the Three Jolly Sailors, in Lewis Terrace, for keeping his house open at improper hours, and refusing him admittance when demanded. Morgan stated that about one o'clock on Sunday morning as he was passing the Jolly Sailors, he heard a great noise, as if there were a number of persons drinking, upon which he knocked, and defendant enquired "who's there." He answered "the police" defendant's wife then stated that there was no one in the house excepting the family, and refused to open the door. Fined 5s. and 4s. costs." Welshman 19 Jan 1855 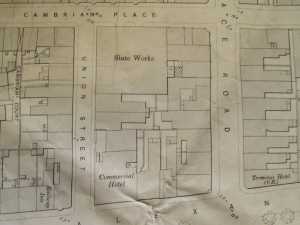 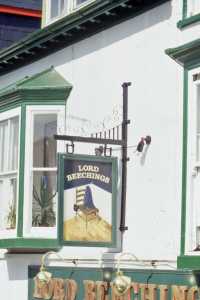 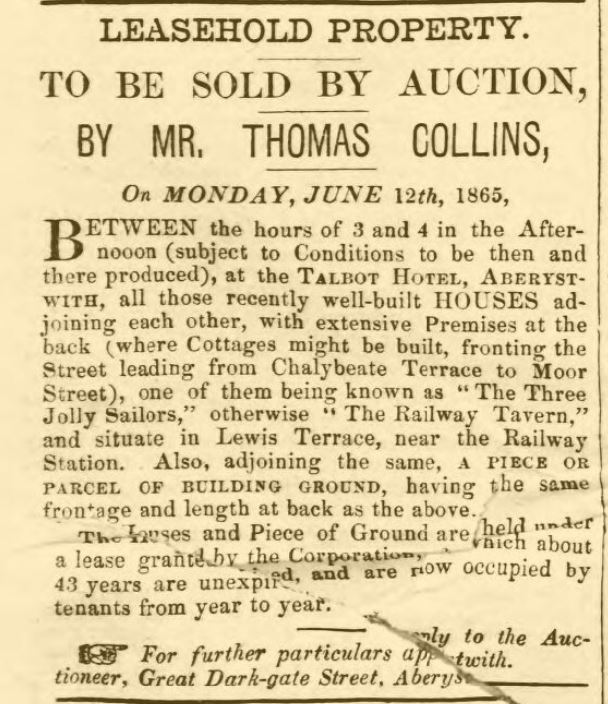