1894 A son of Mr and Mrs Daniel died of fever in Rio, one of the crew of the Barque Chilena.

1895-1898
Adverts show prop. Mrs Daniel.
1898
"The death occurred suddenly on Saturday evening of Mrs Daniel, wife of Mr Thos. Daniel, Sailors' Arms, South-road. When she returned to her home from the market on Saturday evening about nine o'clock, she complained of feeling unwell and was taken seriously ill. Dr. Rowlands was called, but she died at eleven. She was aged fifty-seven years. The funeral took place on Wednesday and was largely attended. " CN 28 Oct 1898

Will O'Whispers mentions writes; 'One of these (characters) was 'Sarah Fawr' of the Sailors Arms Public House in South Road. She was a 20 stone woman ... she once took two drunks by the scruff of the neck to the police station in Great Darkgate Street and told the officer on duty, 'a detective I ought to be!'. 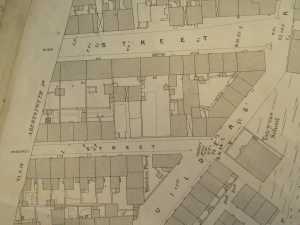