Other names: Australia Vaults
Address/Location: Princess Street
OS Grid Ref: SN5820881559 approx
Opened: before 1870
Closed: after 1876       Type: Pub
Notes: 1873
29 March: Notice of sale - see att.
4th April: John Richards, Australia Vaults, Princess St. Petition for bankruptcy.
5th April: Notice of sale - postponed
15th August: in list of visitors
1874
8th August. Death of John Richards
1875
Australia Vaults, Cath Richards, Inn and Public House, Princess Street, Aberystwyth,
Worrall's Directory, 1875
1876
8 Jan: Licence transferred from Catherine Richards to Daniel Morgan
May: "Mrs. Catherine Richards deposed to keeping the Australian Vaults, where Pugh was a frequent visitor. He stayed there between the 11th and 16th May, and was usually drunk. He used to have a glass of brandy before breakfast, and he carried spirits in his pocket. He was usually muddled when he came down in the morning. Other evidence was given as to the dissipated habits of the plaintiff about this period, and the whole of (he witnesses concurred in their testimony that in the months of April and May last the plaintiff was very seldom sober. " AO 1 July 1876
1905
Not listed, (1905 List)

Auction notice for the Australian Vaults 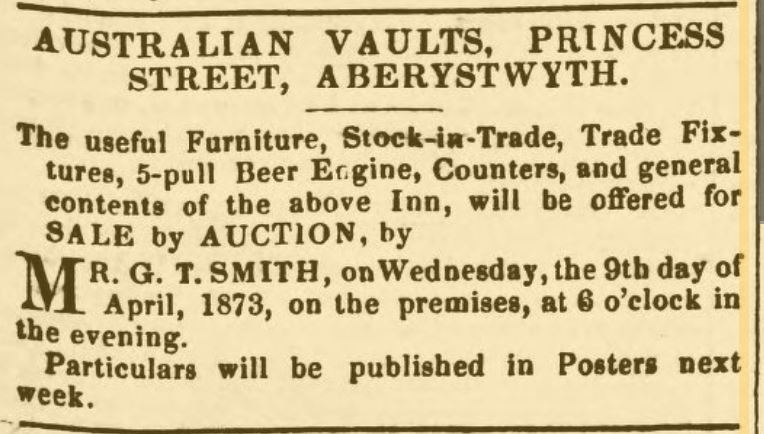 Fined for keeping a disorderly house 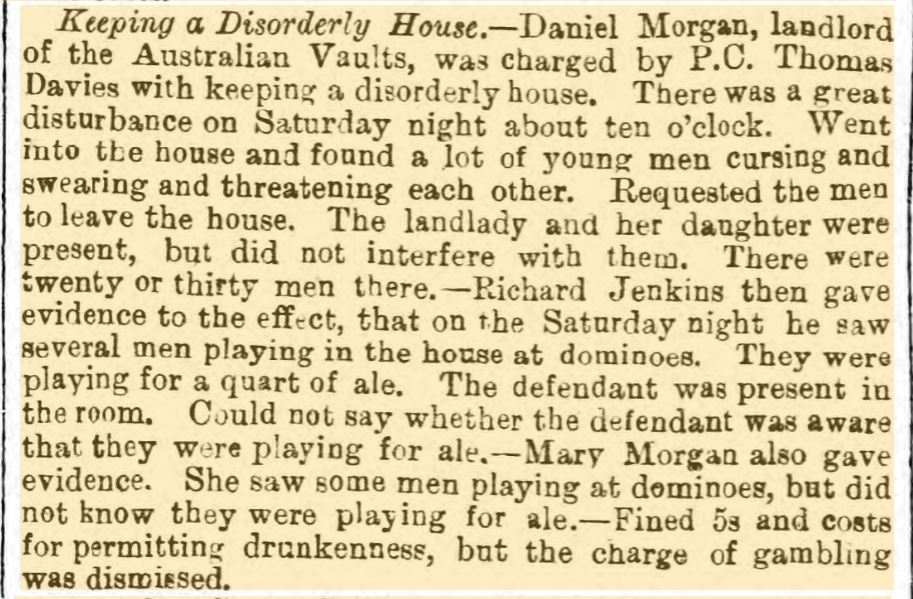