Notes: 1837
On the list of premises which were provided with water by the Aberystwyth Improvement Commissioners, 1837. Occupier / Landlord: Evan Rees, 6 Trefechan, Black Horse and Malthouse (Ceredigion Archives)
1838
Said to have dangerous cellar flaps in the street. Occupant : EVAN REES.
Orders and Proceedings of the Commissioners of the Aberystwyth Improvements and Water Works, NLW, ABR, B2(a), 10.4.1838
1862 - deserting service charge by John Rees, of the Black Lion Inn, Trefechan. Seems to be a typo for Black Horse - Welshman 22 Aug 1862
1863 "John Rees, Black Horse Inn, Trefechan, was fined Is. and costs for allowing his waggons on the road side near Trefechan. " Welshman 20 March 1863
1868
Licensee: Rees, Anne
Slater’s Directory, 1868

"The license of the Black Horse public-house, Trefechan, was transferred from the name of Elizabeth Rees to that of John Griffiths, carrier." AO 21 Mar 1868

1926
Black Horse Inn and 3 cottages, Trefechan
Among the many freehold properties owned by David Roberts and Sons, 31.3.1926
NLW , Roberts and Evans, David Roberts of Trefechan; CB7/7
1948
Still open in 1948 (Ceredigion Library web site), but not listed in trade directories after 1935 (Wales Trades' Directory) 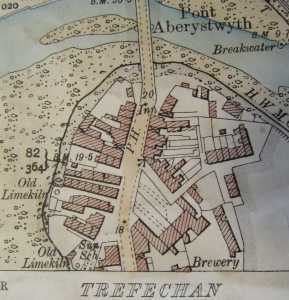 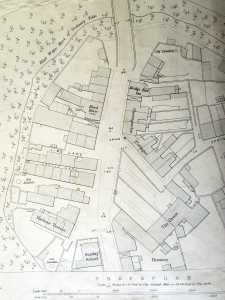 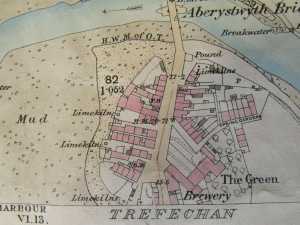 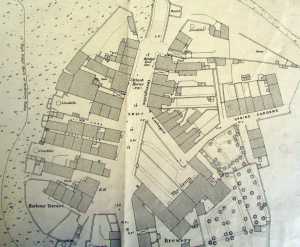 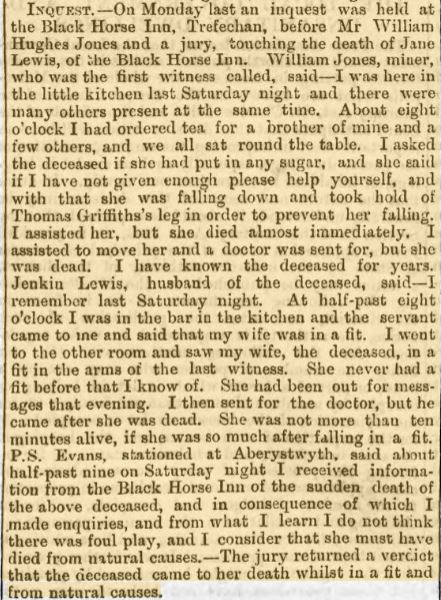