Notes: 1865
"ABERYSTWITH. HOUSE WARMING.-On Friday evening a large number of the friends and well-wishers of Mr M. P. Davies, of this town, met at his New house in Queen's Road called "The Crystal Palace Inn," to partake of a most substantial repast prepared for the occasion by the host and hostess, Mr. and Mrs, Davies. Mr Marsh, of this town, presided. After the removal of the cloth several toasts were proposed and received with patriotic spirit, and the evening was spent in a most agreeable manner. " Welshman 29 Dec 1865

1877
"On Friday week the choir and clergy of Aberhavesp church visited Aberystwyth. A dinner was provided for them by Mr T Abbott, Crystal Palace Hotel." AO 11 Aug 1877

1906
"Outbreak of Fire. On Monday evening. Mr Price, the landlord of the Crystal Palace Hotel, Queen's-road, detected smoke in the cellar and on investigation it was found that a beam had caught fire from cinders which had fallen from the parlour grate above. The cellar was failed with smoke, and the woodwork between the two rooms was damaged, but the fire was soon extinguished. It was fortunate that the fire was discovered early in the evening. " CN 14 Dec 1906 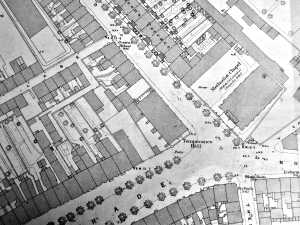 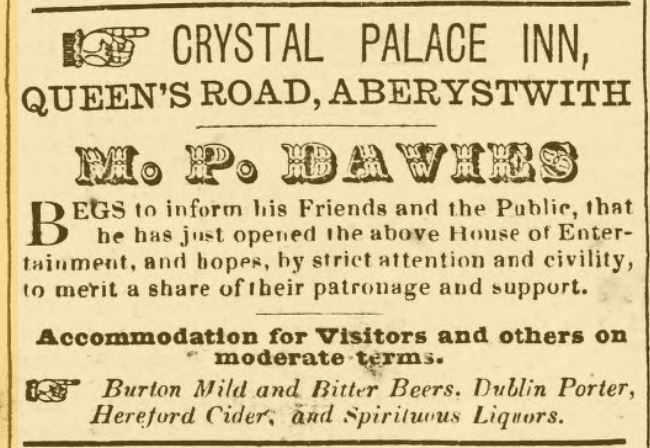 Drunk and crying in the Crystal Palace 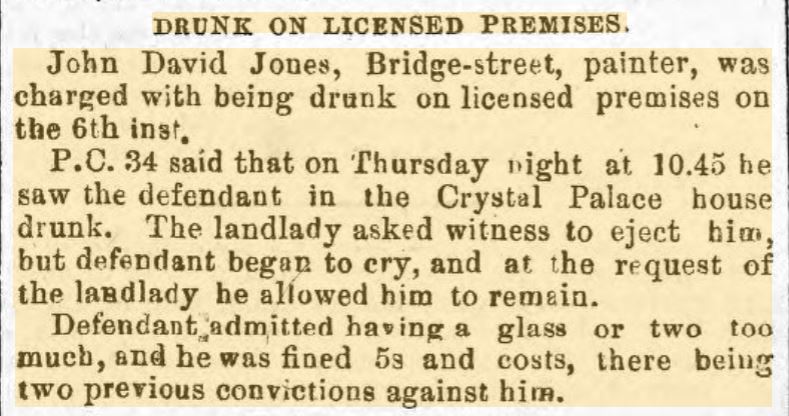 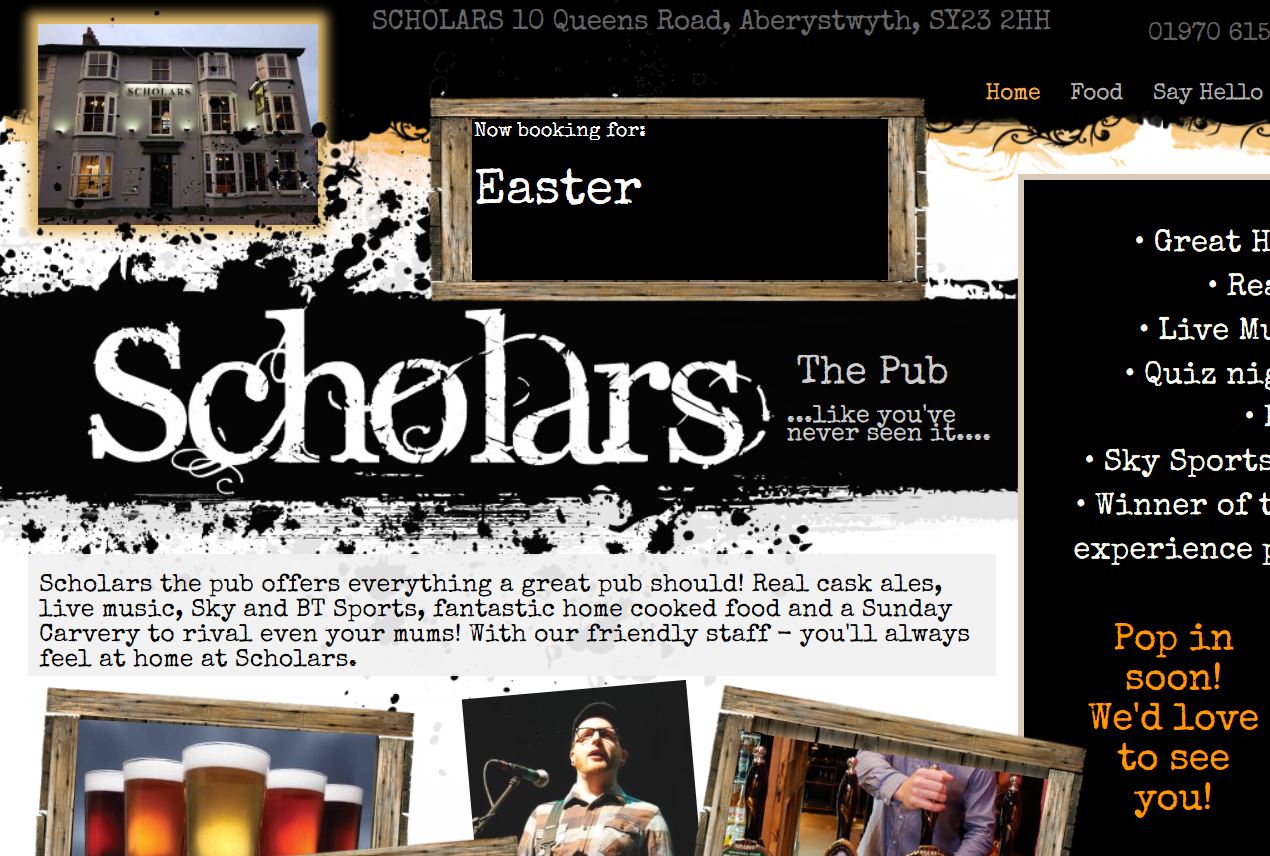 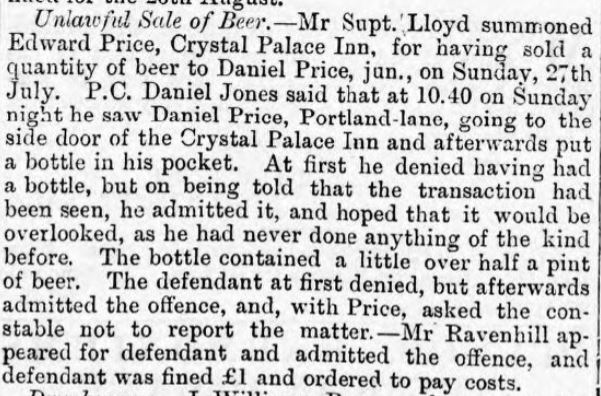 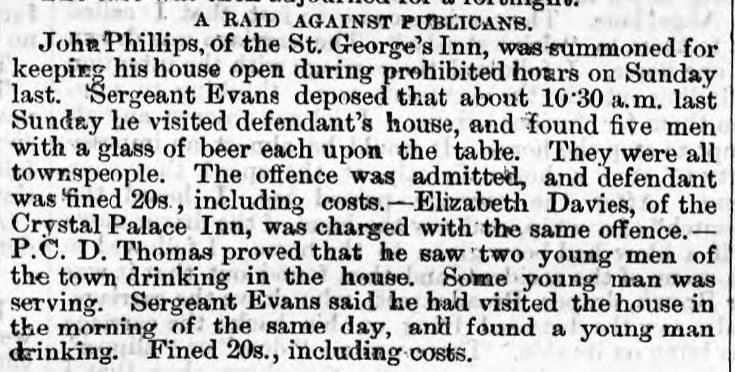 Footpads in the town! 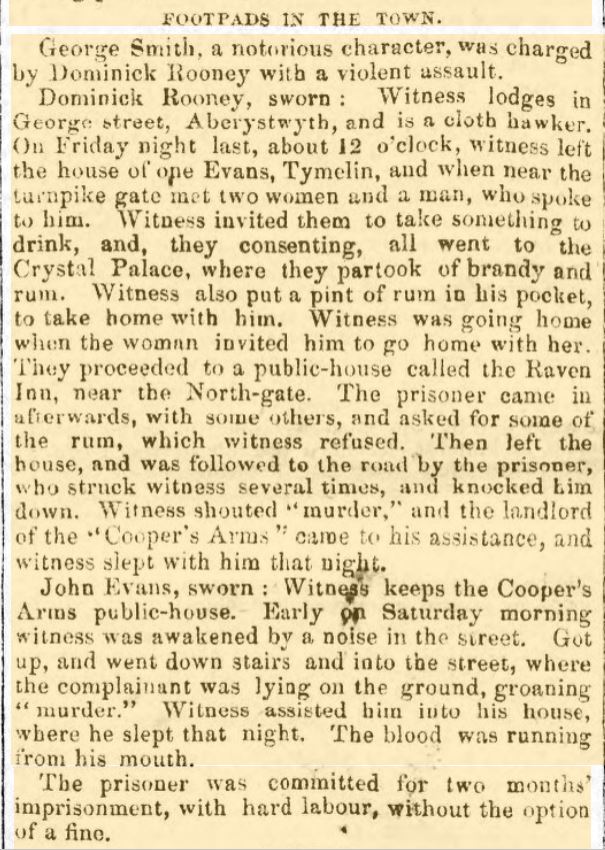