1870
Transfer of Licence - Mr Evan Williams Vaughan, of the Mason's Arms, Bridge-street, applied to have the licence of that house transferred from his wife, in whose name the same had been taken out before her marriage, to himself. The application was granted
Cambrian News 19/2/1870

1871
Adjacent properties for sale - see att. This makes it clear that the Masons Arms and the Freemasons Arms are the same place.
1875
Freemasons Arms, Lewis Lewis, Inn and Public House, Bridge Street, Aberystwyth, (Worrall’s Directory, 1875)
1891
Mrs. Mary Ann FRANCIS, 1 Shipbuilders Row [South Row]
Kelly's Directorym 1891
1892
A LICENSING CASE. Mary Ann Francis, Freemasons' Tavern, Bridge- street, licensed victualler, was charged by D. C. C. Lloyd with supplying intoxicating liquor to P. C.'s Owen Thomas Owen and William Henry Davies, when on duty without the authority of their superior officer on the 24th. … P.C. Owen examined by Mr Lloyd said he remembered the day in question when he was on duty between six o'clock in the evening and three in the moraine'. He bad orders to visit all the public houses on his beat for the purpose of ejecting any drunken persons, and in consequence of these orders he went into the Free Masons Tavern. Inside he found the landlady and a Mrs Jones. He was asked to have a glass of beer and accepted it. Mrs Jones asked him, but he could not say that she paid for it. Cross-examined by Mr Owen He did not know that the landlady was committing an offence by serving him with drink. Mr D. C. C. Lloyd here interrupted with the view of putting a question to the constable, whereupon Mr Owen said he would admit supplying the beer, but it was not done with the intention of infringing the law. His client was quite ignorant of the fact that she was committing an offence. She had never been warned by anyone.
Mr D.C.C. Lloyd: Had you your armlet on at the time.
Witness I – [sic]
Mr Szlumper: The officer says that he was not aware that he was contravening the act.
Mr Lloyd: On entering the force all the men are given a copy of the rules which give all information Mr Szlumper Lets see these rules.
Mr Lloyd here handed a copy of the rules to the bench.
Mr Szlumper.- I suppose these are put in his pocket and never read.
Mr W. P. Owen We can't take this as evidence.
We must go by the evidence before us.
Mr Lloyd, D.C.C: But that will not exonerate your client.
Mr Szlumper: Every defendant is supposed to know the law.
P.S. Davies was then called and in the course of his evidence he said that in March 1891 he went round all the public houses in the town and cautioned them not to supply a constable, when on duty with any intoxicating drink, without the authority of a superior officer.
Mr W. P. Owen Did you warn Mrs Francis personally.
Witness No, I only saw the barmaid when I was at the Free Masons Tavern.
Mr Owen addressing the bench said he admitted that a technical offence had been committed, but he thought the bench would meet it by dismissing it with a caution.
The Bench then had the court cleared, and on the public being re-admitted, Mr Szlumper addressing Mr Owen said that the bench had considered the matter and the majority were of opinion that the alleged offence had been committed but with some degree of ignorance upon the matter by all parties. Whilst they wanted everything to be done to put a stop to a recurrence of a similar offence in the future they thought that the present case would be met by its being dismissed with a caution. They wished it to be known that it was an offence and a very serious offence and they hoped that the publicity given to this case would prevent any recurrence.
Aberystwyth Observer 30.6.1892
1905
Petty Sessions: Aberystwyth; number on list: 17; name of premises: Freemason's Tavern; Parish / Place: Aberystwyth; Licensee: Francis, Mary Ann; owner or tenant : tenant; registered owner : David Roberts and Sons; free or tied: tied; tied to: Aberystwyth Brewery; type of licence: full; on or off licence: on; number of licenced days per week: 6. (1905 list)

1915
To let. The Freemasons Tavern. Tied beers only,
Apply D. Roberts and Sons (Limited), Brewers, Aberystwyth.
NLW , Roberts and Evans, David Roberts of Trefechan; CB7/7
1919
The police objected to the licences of the Freemasons Tavern Bridge street and South road (George Jenkins, occupier); Three Horse Shoe, Gray's Inn-road (Mr. David Davies); Victoria Hotel, Baker Street (Mr. T W Rees); and the Lisburn Arms Northgate street, (Ellen Bennison). The police submitted that the houses could be done away with, and that their trade was very small. There were already too many public houses in the town. The population of the town was 8,794, being 199 persons for each public house of which there were forty-four. The houses were referred to the Compensation Authority, and were provisionally renewed.
The Cambrian News and Merionethshire Standard, 7th March 1919
1919
Listed for closure by the local licencing committee, Valued for compensation at £374. Licence temporary renewed because of lack of compensation funds, but paid (and the pub closed) within a short time.
(County Licencing Committee, 1905-1938 Ceredigion Archives, Cards/QS/L/1) 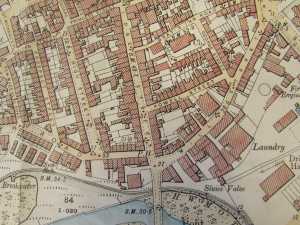 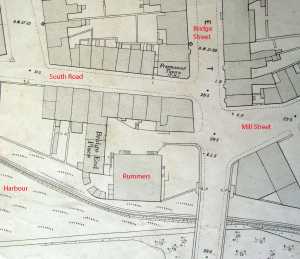 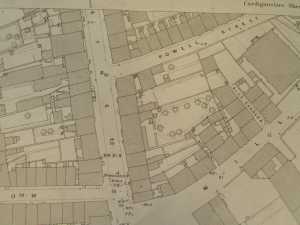 Advert for properties adjacent to the Masons Arms 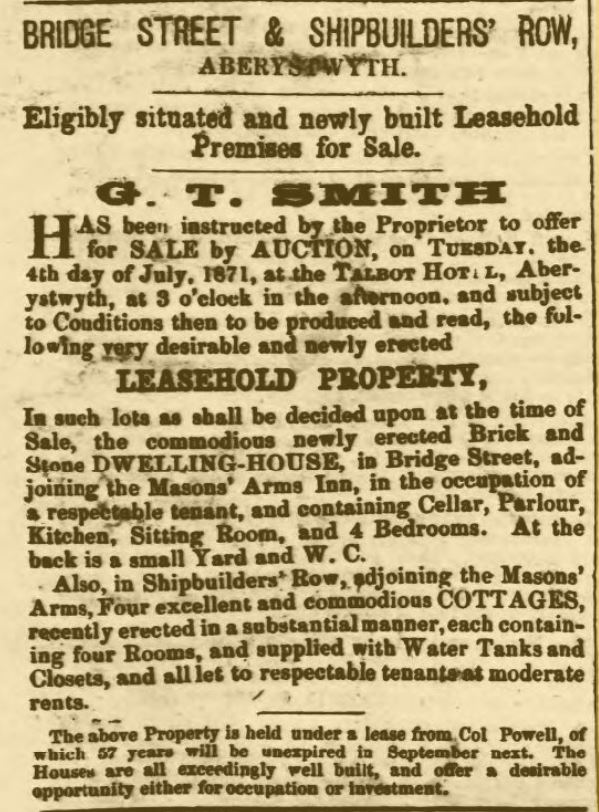