Other names:
Address/Location: Harford Square SA48 7HF
OS Grid Ref: SN5777648110
Opened: before 1851
Closed: c. 1960       Type: Pub
Summary: These premises became known as the White Hart about 1865, when David & Mary Lewis were moved from White Hart (1), now the Castle Hotel. [See separate entry]. However there had been a pub (or inn) here previously. Could it have been known as the Kings Head? - R.D in his column '65 years ago' in Cambrian News 1934 states that ...."the next premises were known as the Kings Head, today the White Hart. About the same time, (1860s) David Davies, Carpenter, had built a new place for himself in Bridge Street and called it the Kings Head. 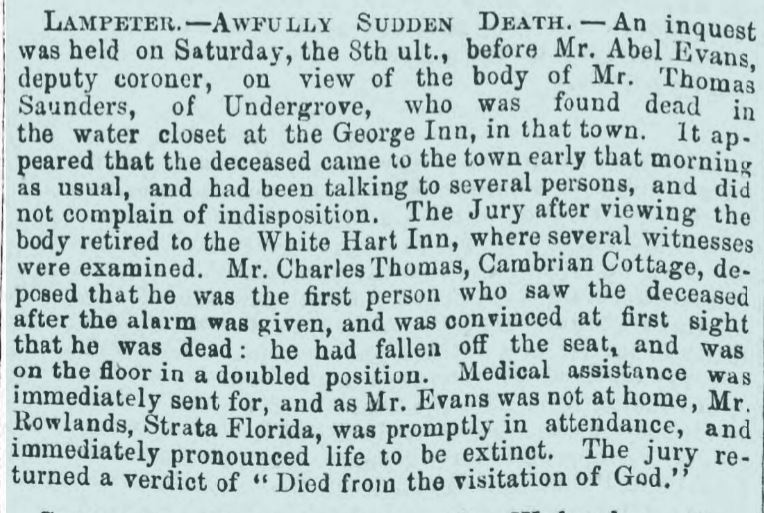 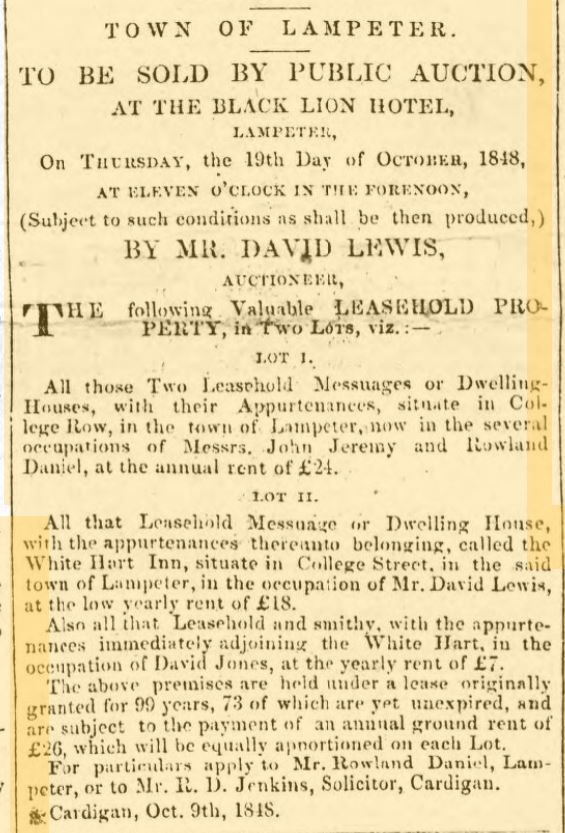