Closed and for sale in 2017: estate agents details http://bit.ly/2sqYM3x

Notes: 1874
"LLANGRANOG SHOW OF GREEN Crops.-Mr Owen Jones, merchant of this place, announced in the early part of this year, that he would present two silver cups as prizes, for the best show of swede turnips, grown with Messrs Burnard, Lick, and Algers' manures, he being their agent for this district. The show therefore took place on Wednesday, Dec. 2, at the Brynhoffnant Inn. The produce shown was of superior quality, the first prize, a silver cup value £3 3s. being awarded to Mr David Richards, Gernos, St. Dogmells," CN 11 Dec 1874

1916
"George Kirk, landlord of the Brynhoffnant Inn, Llangranog, was charged with supplying a bottle of Bass at 5.25 p.m. on a Saturday to John Griffith Jones, of New Quay. Mr. D. Roy Evans (Newcastle Emlyn), for defendant, contended that his client had given strict instructions to his wife not to supply during closing hours. This view was upheld and the case dismissed. Mrs. Kirk was charged with supplying John Griffith Jones with a bottle of beer on the day in question and in this case Mr. Roy Evans contended that the charge instead of being of "supplying" should, according to the wording of the Order, have been for "selling." This case was dismissed on payment of costs" CN 10 Nov 1916

1948
Copies of a series of letters dated 2 September 1948 including one to Mr Jones, Brynhoffnant Inn, Llangranog Road, Llandyssul, from the Vale of Clettwr Hunt as follows; ‘I was asked at the last Meeting of the Vale of Clettwr Hunt to write to you with reference to the collecting book in your possession, and I shall be obliged if you will now return this to me with any money you have to hand.’
Ceredigion Archives VC/1/36 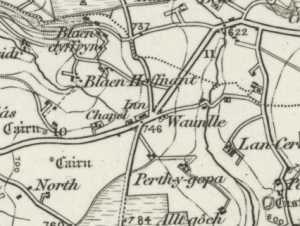 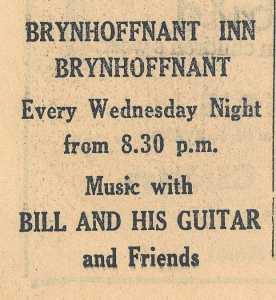 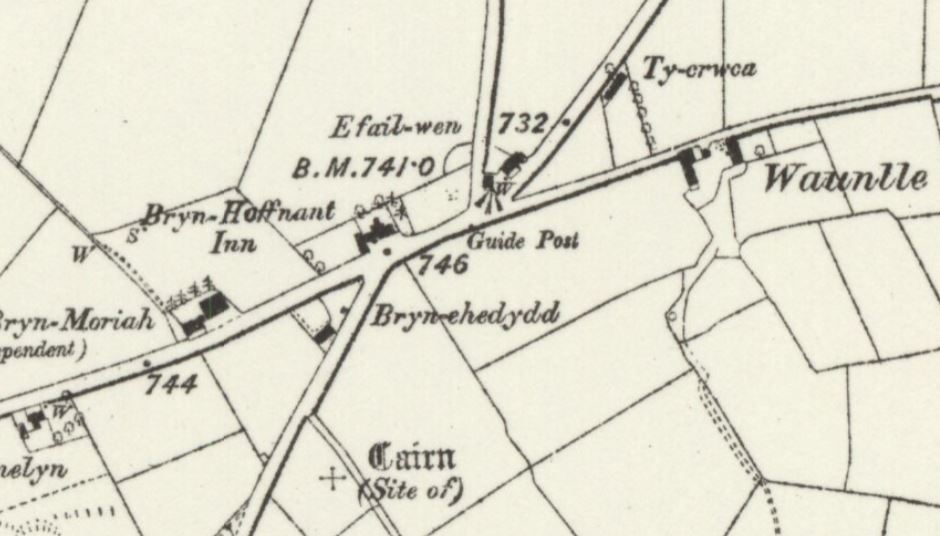 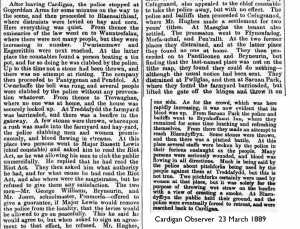 Photo of the Brynhoffnant Inn 2016