The Castle Hotel, King Street, was formed by building large north and south wings on to the existing Castle House which was completed in about 1795 for Sir Uvedale Price of Herefordshire and designed by John Nash.
Thomas Savin, of the Welsh Coast Railway Company, who built the railway line from Welshpool to Aberystwyth and Pwllheli, purchased the house in about 1864 and appointed J P Seddon as the architect. The railway had just reached Aberystwyth, and the idea was to offer "Package Holidays" by the sea. If Seddon had been allowed to complete the building to his plans, it would have been the most magnificent neo-gothic building in Britain. However, as a result of over-expenditure and a stock-market crash, Savin was declared a bankrupt in September, 1866, and the hotel closed. The building was bought as a home for the University in 1872 and is now known as the Old College.
The Castle Hotel was one of three large hotels built on the Cambrian coast line: the others were at Borth and Aberdovey; none were successful and were later used for other purposes.

1866
"OLD SOCIAL CLUB.-The last meeting for the season of the Old Social Club was held on Tuesday evening, at the Castle Hotel, John Roberts, Esq., in the chair. The attendance of members and guests was numerous. As the venerable chairman vacated the chair, he expressed a wish that those present might meet in kindly communion in October next as they met that night; and the sentiment was heartily responded to by those present-members and guests. " AO 23 June 1866

1866
Castle Hotel offered for auction. Full report. The reserve was £20,000, but the only bid was for £5,000 (Aberystwyth Observer, 16.11.1866)
1869
The property [Castle House] was purchased by John Taylor, Esq., the extensive mine proprietor, and by him sold to A.H.Novelli, Esq., who added apartments to the original, in keeping with the castellated style; and that gentleman has since sold it to Thomas Savin, Esq., of the Aberystwith and Welsh Coast Railway Company, who, in accordance with the plans of J.P.Seddon, Esq., erected that magnificient building at an outlay of £80,000, which now stands unfinished, a melancholy monument of the money market panic in 1865...which is the partial ruin of Mr Savin, one of the greatest benefactors that Wales has ever known. (Morgan, T.O., (1869), New Guide to Aberystwyth and its Environs, p. 12A)

Castle Hotel after it became the Old College 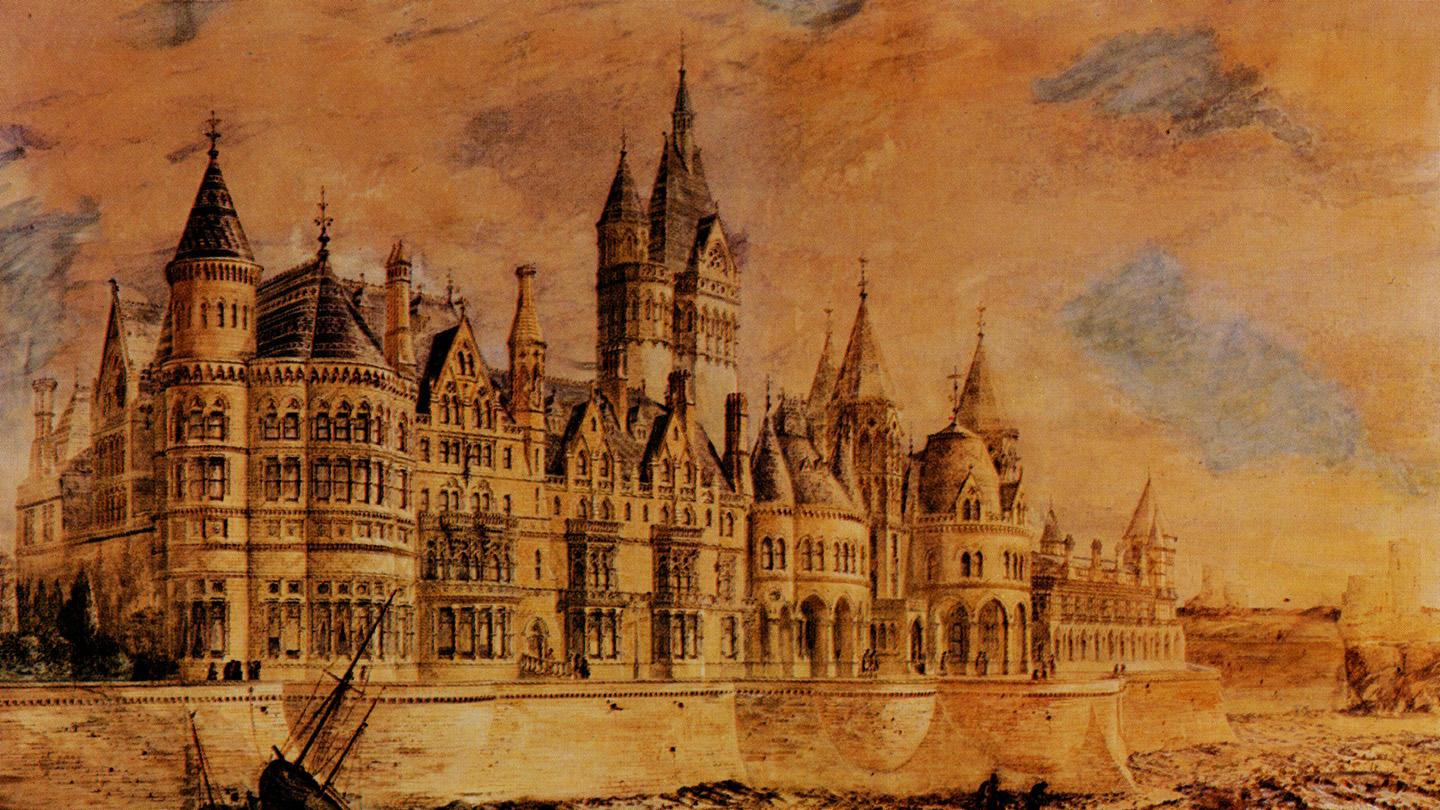