1865
"Re: Henry Morgan, of Northgate-street, Aberystwith, victualler and cooper. This bankrupt passed his last examination, and applied for a discharge, which was granted subject to the thirty days notice of appeal. The bankrupt was supported by Mr Vaughan, and opposed by Mr B. Jenkins, on behalf of Mr Mar- pole. of Machynlleth, the largest creditor. The bankrupt was severely cross-examined by the advocate of the opposing Creditor" Welshman 31 March 1865
1865
"ACCIDENT. Daniel Hammer, stonemason and bricklayer, met with a serious accident on Thursday, between twelve and one o'clock. He was working at the bottom of the main sewer in Northgate-street, when the earth embankment suddenly gave way. An alarm was given by Mr. Henry Morgan, of the Royal Arms, and two other workmen made good their escape, hut Hammer was caught by the falling earth, and his thigh bone was broken. He was immediately conveyed to his lodgings, where, after considerable loss of time, owing to the absence of doctors from town, he was attended by Dr. James. The patient is now progressing favourably." AO 4 March 1865
1865
"Mr Vaughan, the town surveyor, summoned Henry Morgan, cooper, for allowing a nuisance to accumulate in his yard at the back of the premises and of Mr John Jones, grocer. The defendant was ordered to empty his cesspool, and clean the yard and premises forthwith" Welshman 22 Sept 1865 (John Jones was in No 23 in 1861 Census)
1868
Licensee: Morgan, Henry
Slater’s Directory, 1868 (not in Worrall's directory, 1875)
"Henry Morgan, of Aberystwith, inn-keeper, was summoned by Thomas Davies, of the Aberystwith North Turnpike Gate, charged with obstructing him in the discharge of his duty on the 23rd inst. Fined 5s and costs; paid" Welshman 5 June 1868

"TRANSFER OF LICENCE, The licence of the "Royal Arms" public house was transferred from the name of Henry Morgan to that of Owen Jones" AO 8 August 1868 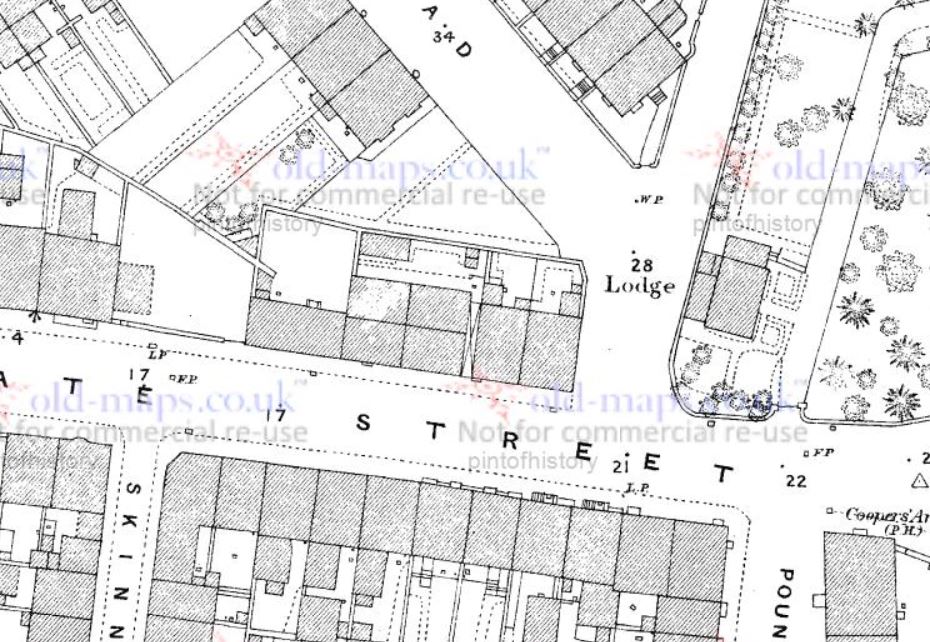 Auction of Royal Arms and other properties 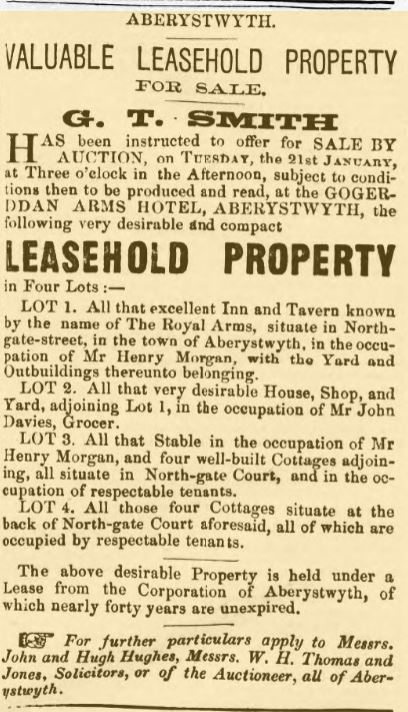