1871
"NOTICE OF REMOVAL. OWEN JONES begs to inform his Friends and the Public that he has REMOVED from the Merionethshire Arms to the CAMBRIAN INN, North Parade, Aberystwyth, where he hopes to be favoured with a continuation of their patronage and support. Mild and Bitter Ales, Porter, etc. Good Stabling." CN 23 Sept 1871

1871
"The licence of the Merionethshire Arms was transferred from Owen Jones to John Jones" CN 29 Dec 1871
1880
"On the other side of the turnpike road, now North Parade and Northgate-street, was a stone wall which ran from where Mr. Rowlands, the butcher's, shop now stands down to the turnpike gate, one end of which stood on the site now occupied by the Merionethshire Arms. " CN 6 Aug 1880 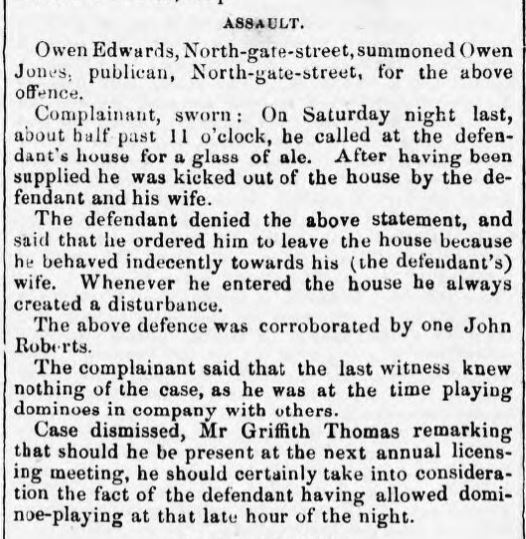 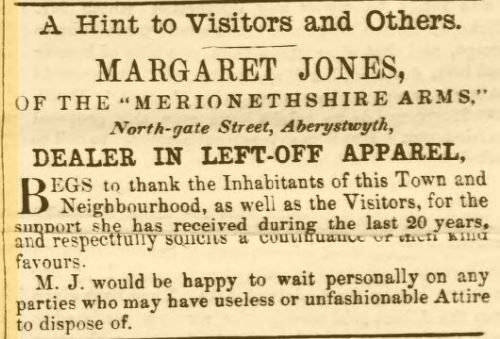 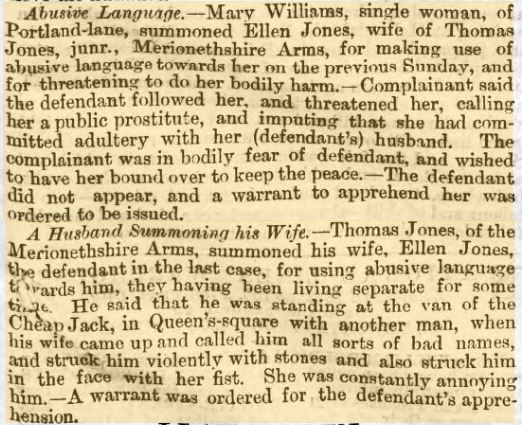