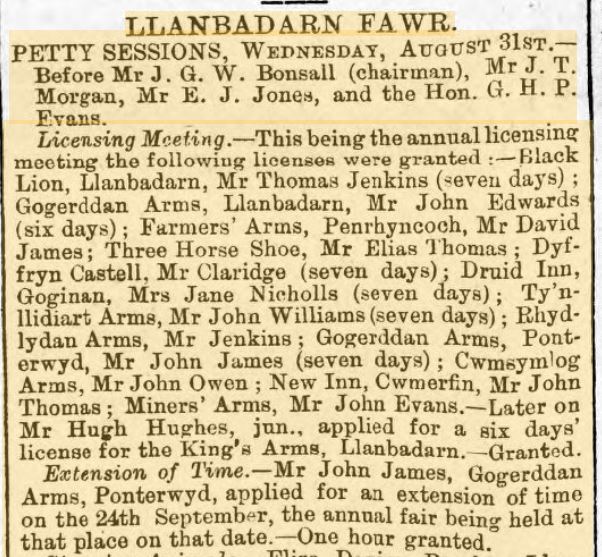 Extension of Time. Mr John James, Gogerddan Arms, Ponterwyd, applied for an extension of time on the 24th September, the annual fair being held at that place on that date.-One hour granted.
Notes:
Linked to
Llanbadarn Licensing Division/
New Inn , Cwmerfyn