Meeting place of the Bee-hive, established or first registered: 1855, until they moved to the Black Lion, Pontrhydfendigaid.
(JD Pratt’s list, printed, no. 93, date of approval by Pratt 23.6.1855). It appears they later returned to the Red Lion.

1884
Distribution of Christmas blankets to the deserving poor - see att

1889
"SEASONABLE CHARITY.-On Thursday, the 10th inst., the Countess of Lisburne drove up to the Red Lion Hotel, Pontrhydfendigaid, and distributed bundles of blankets and other warm material amongst the poor of Strata Florida and Ffair Rhos, a boon which was highly appreciated by the poor recipients during such weather as this." AO 16 Jan 1889

1890
"CONSERVATIVE MEETING. - A meeting was held at the Red Lion Hotel on the 16th, for the purpose of appointing a local committee and officers to act for that polling district. It was gratifying to find that Mr E. H. Davies, the agent's invitation was so enthusiastically responded to by the gentlemen farmers of the district. " Cmn Jnl 26 Dec 1890
1896
"STRATA FLORIDA. GENEROSITY.-On Wednesday, February 26th, Lord and Lady Lisburne, and Lady Amherst, sent up from Crosswood to the Red Lion Hotel, about 250 yards of flannel for distribution amongst the poor of Strata Florida, Gwnnws Upper, and the village of Pontrhydfendigaid. Every poor person received about three yards" CN 6 March 1896
1903
RED LION HOTEL, PONTRHYDFENDIGAID. PROPRIETOR. EDWARD JENKINS. THIS old-established and well-known Hotel has been recently renovated. Parties, Cyclists, Commercial Gentlemen and Visitors to the noted TEIFY LAKES and STRATA FLORIDA ABBEY will find every accommodation and comfort on very moderate charges. Three miles of Trout Fishing free to people staying at this Hotel. Best Ales, Wines, Spirits, Cigars, &c. Posting in all its branches. Good Stabling. Conveyances meet all trains at Strata Florida Station.
The Cambrian News and Merionethshire Standard 4th September 1903
1905
Petty Sessions: Tregaron; number on list: 18; name of premises: Red Lion Hotel; Parish / Place: Pontrhydfendigaid; Licensee: Jones, Thomas T; owner or tenant : tenant; registered owner : Mrs Anne Jones, Pontrhydfendigaid; free or tied: free; tied to: [blank]; type of licence: full; on or off licence: on; number of licenced days per week: 7. (1905 list)

1906
"New Year's Day. The Strata Florida Benefit Society held their annual feast at the Red Lion Hotel. The members met at Bont Long Room at 11 a.m., when the Rev. J. Gwmryn Jones, preached a suitable sermon. This over all retired to their headquarters at the hotel where Mr. and Mrs. Jenkins had prepared an excellent spread, which was heartily enjoyed. The Society is in a flourishing condition, with Mr. John Jones, Bridgend Shop, as secretary Mr. Jenkin Jenkins as treasurer."
WGWWA 4 Jan 1906

1909
"Friendly Society Dissolved. - The "London Gazette contains a notice by the Chief Registrar of Friendly Societies that the Beehive Society (Register No.. 93), held at the Red Lion Inn, Pontrhydfendigaid, Ystrad Meurig, is dissolved by mutual instrument. unless within three months. proceedings be commenced to set aside such dissolution and same is set aside." WGWWA 2 Dec 1909 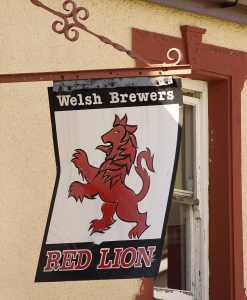 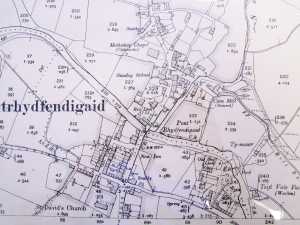 Charity at the Red Lion 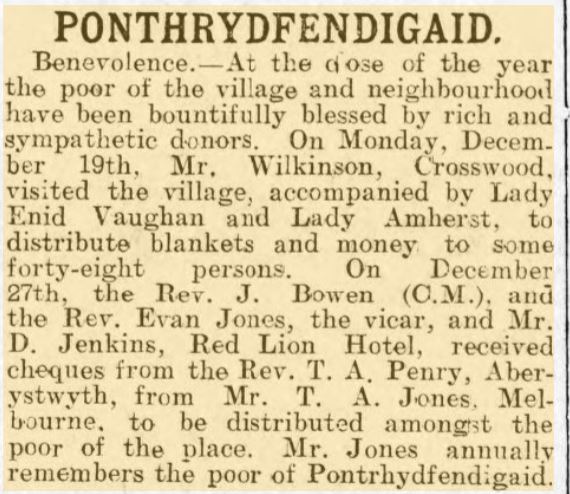 Flannel for the poor

Fracas outside the Red Lion 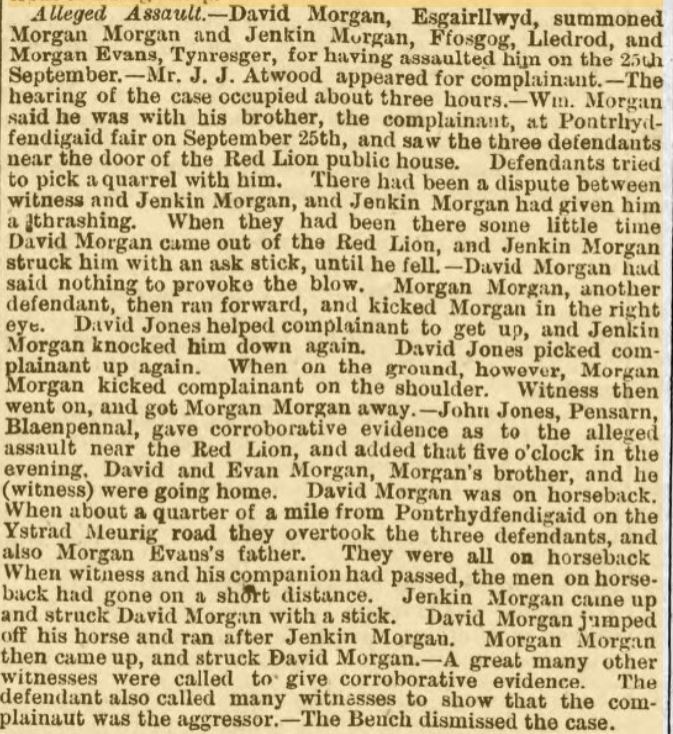 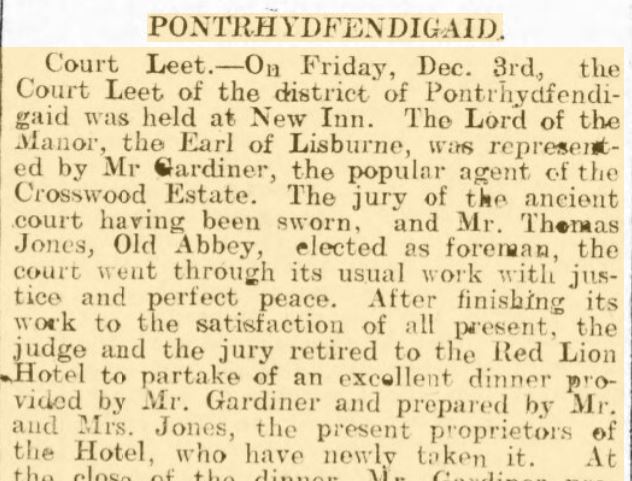 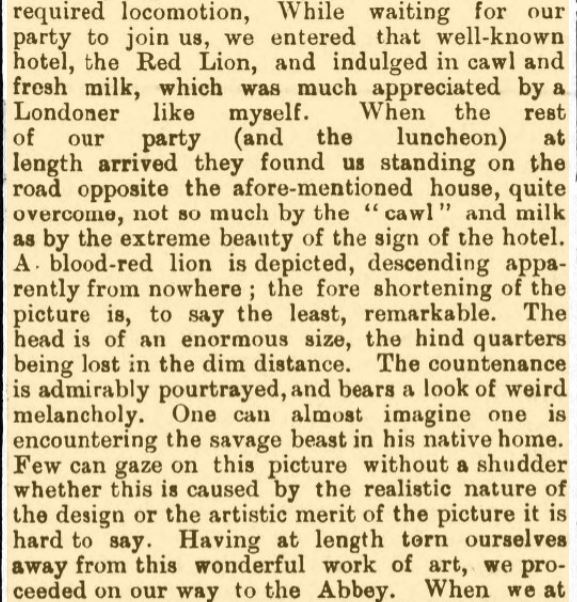 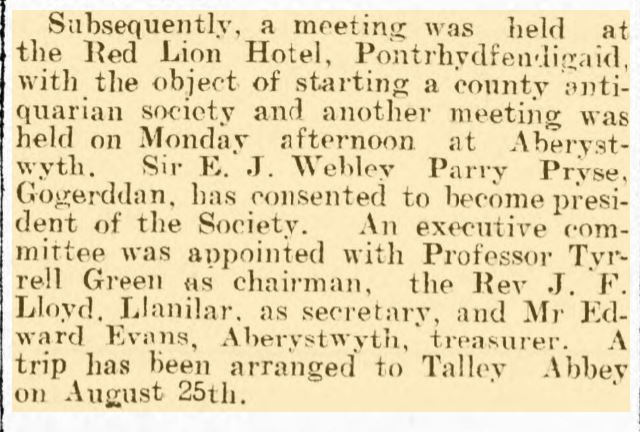