1873
"ACCIDENT TO A BOY. On Wednesday evening, the 10th instant, a lad, the son of Mr Evan Roberts, of the Crugiau Arms, Rhydyfelin, was assisting to unload a cart containing sacks of wool, at the Llanrhystid-road station, when one of the sacks, full of wool, fell down upon him and dislocated his hip. Mr Morris Jones surgeon, was sent for, and he speedily arrived and attended to the sufferer. " AO 13 Dec 1873
1905 not shown as PH on 25-inch

Evidence by the licensee 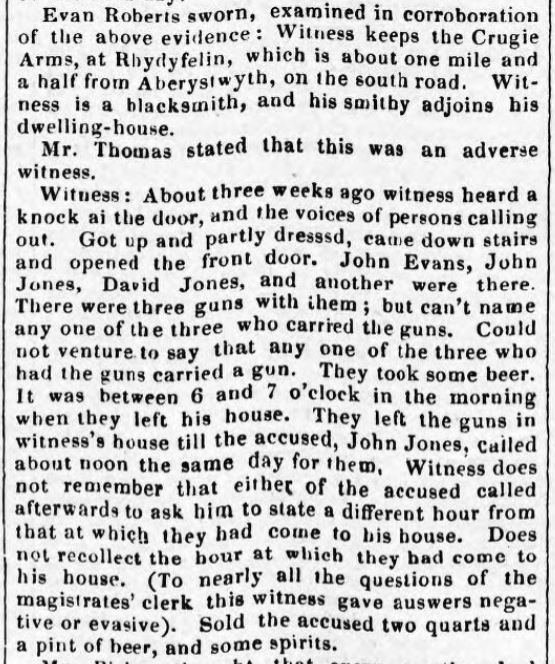