Notes: 1847
"CARDIGAN.—On Thursday week, a coroner's inquest was held at the Ivy Bush, before John Phillips, Esq., coroner. and a respectable jury, upon the body of David Jones, who was severely burnt on Tuesday evening week by his clothes catching fire while going to bed. The jury, after examining several witnesses, returned a verdict of "Accidental death." Pembs Herald 12 Nov 1847

1905
Petty Sessions: Cardigan; number on list: 24; name of premises: Ivy Bush Inn; Parish / Place: Cardigan; Licensee: Greenway, F.R.; owner or tenant : tenant; registered owner : S Young, Cardigan; free or tied: free; tied to: [blank]; type of licence: full; on or off licence: on; number of licenced days per week: 6. (1905 list)
1911
Closed, Compensation £210
(County Licencing Committee, 1905-1938 Ceredigion Archives, Cards/QS/L/1)
1911-1912
Printed details of the figures on which the calculations for compensation were based and the printed questionnaire with hand-written answers on which the form was based.
County Council Clerk’s records, Bundle of correspondence relating to the licensing of public houses in Cardiganshire, 1910-1912, Ceredigion Archives, CDC/SE/14/2 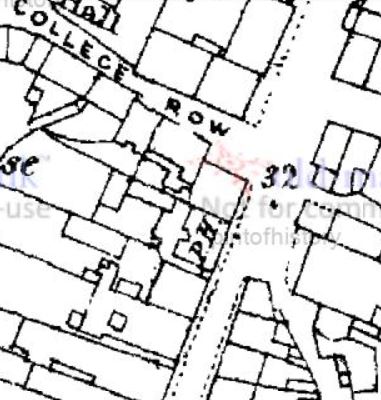