1894
"Drunk on Licensed Premises.-P.S. Denis Williams preferred a charge against Robert Evans, Arthur's Court, hawker, of being drunk on licensed premises-The White Hart Inn, Cardigan on the 6th September. Defendant pleaded guilty, and a fine of 5s and costs was imposed. Permitting Drunkenness on Licensed Premises. -P.S. Denis Williams summoned Anne Hayes, White Hart, Cardigan, licensed victualler, for permitting drunkenness on her licensed premises on the 6th of September. Mr W. E. George, solicitor, Newcastle-Emlyn, appeared for the defence. P.S. Denis Williams said that at 7.40 p.m. on the 6th of September, he, in company with P.C. Young, visited the White Hart Inn, and found Robert Evans and another sitting down on a settle in the kitchen, with a pint of beer before each of them on the table. Robert Evans' pint was partly consumed. Robert Evans was drunk. He had seen Robert Evans the same night, at 6.45 p.m., in pursuance of information received. He was then drunk. Defendant's daughter-Mrs James-was in the kitchen, when he entered. Owing to what Mrs James had told him he called the defendant to the back kitchen, and asked her why she had served Robert Evans, he being drunk. Defendant replied, "The other man called for both pints." He remarked, "You knew one of them was for Robert Evans ?" She replied, Oh, yes," and added, He is not so drunk as that." He then challenged her to get anyone from within the town to say that he was not drunk. Defendant then asked forgiveness for that, and that she would never allow Robert Evans to come inside the door again. Cross-examined Robert Evans was not noisy, and when asked went out, and walked home with- out assistance, but was staggering drunk. Mrs Hayes said she did not believe he was drunk. He did not see Griffith Phillips. He was not in the passage when he went out. P. C. Thomas Young corroborated the evidence of the sergeant in every particular. By the Bench The defendant did not deny that Robert Evans was drunk. By Mr George She did not say that there was nothing wrong with Robert Evans. For the defence Anne Hayes was called, who said she was the defendant, and remembered P.S. Williams and P.C. Young visiting her house on the 6th ult. Robert Evans was sitting down on the settle, where she saw him. She did not think that he was then drunk. Had she thought so she would not have supplied him. He was in the house for about ten minutes. W hen charged by P.S. Williams she said, He is not drunk." She still thought he was not drunk, She did not ask Sergeant Williams for forgiveness, nor did a quarter of the conversation mentioned take place. Cross-examined: She did not hear Robert Evans speak at all. She knew him well, and had frequently refused to serve him. She did not see Robert Evans come in, neither did see say that one of the pints was for him. Re-examined: She had seen Robert Evans drunk, and when in that condition he was generally noisy. On this occasion he was quiet. Frances James said she was the daughter of the defendant, and lived at the White Hart. She remembered the night in question. Robert Evan& was sitting down on the settle with another man when she first saw him. The two pints 'were served by the defendant, She could not say that he was drunk, as he spoke very well. She asked him to leave, and not cause them trouble. He was not noisy. Cross-examined She did not remember having cried when the officers were in the house, neither did she ask forgiveness for that time. She did state that Robert Evans should not again enter window. He got up and went out to the passage before Robert Evans or the police left. He was in the passage when Robert Evans went out-it was the main passage. The Bench having intimated that the case had been proved to their satisfaction, imposed a fine of 15s and costs, mentioning that the evidence tendered for the defence was not free from colouring. The person found on the premises being well-known to defendant as an habitual drunkard, and having before been convicted, should have led her to be more careful. The licence would not be endorsed this time another conviction might lead to an endorsement of the licence." Cgn Obs 6 Oct 1894 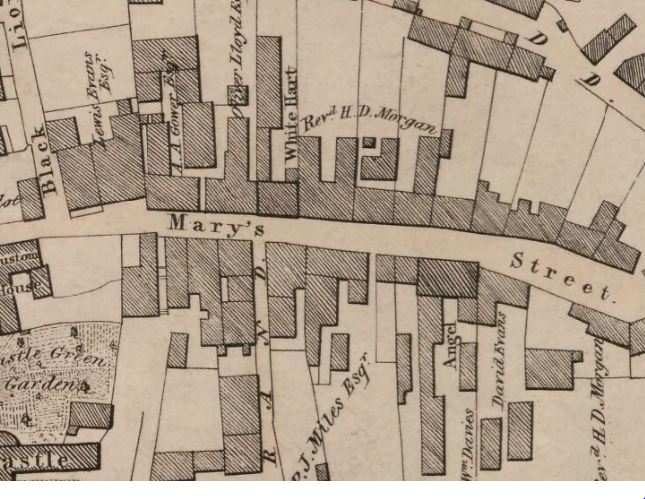