Blue Bell Inn on the right 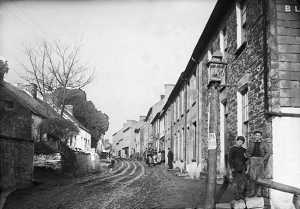