1869
"TRANSFER OF LICENCE. The license of the White Heart Inn, in Market street, was transferred From the name Of Thomas George Simcox to that of Thomas Phillips." AO 3 July 1869
1875
White Hart, Harry Lloyd, Inn and Public House, 2 Market Street, Aberystwyth, (Worrall’s Directory, 1875)
1880
The licence of the White Hart was transferred from Mr. Harry Lloyd to Mr. Edward Hughes.
Cambrian News 9.1.1880

1892
For sale: "In MARKET STREET. The two Public-houses known as MARKET TAVERN and WHITE HART the two Shops and Premises, being Nos. 4 and 7, in the several occupations of Messrs John Richards & Co., and Mr John Griffiths." Cmn Jnl 27 May 1892 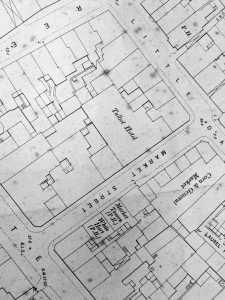 Advert for the White Hart 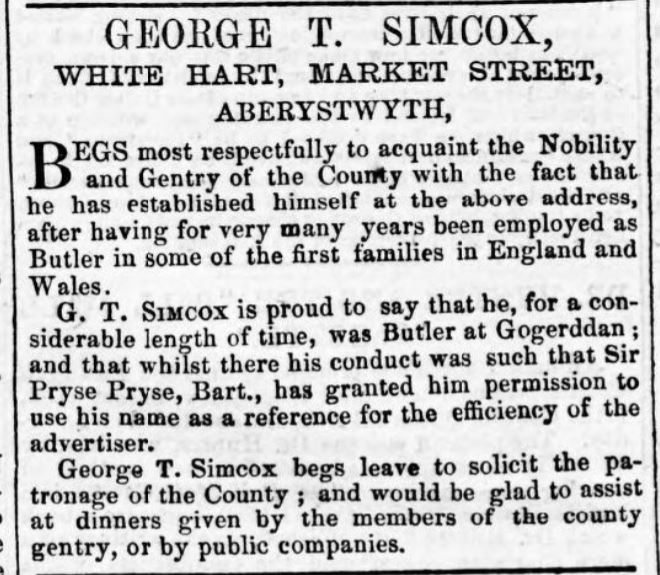