1879
"Drunkenness.-Evan Evans, Penpompren, Llanwenog, was fined 5s. and costs for having been drunk, and refusing to quit the Highmead Arms Hotel, Llanwenog, on the 7th inst. P.C. Enoch Thomas proved the case. " AO 03 May 1879
1890
Meetings of school board moved from Penpompren to the Schools. Baner 22 Nov 1890

1904
"Drunkenness. David Davies, Tyngrug-uchaf, Llanwenog, farmer, was charged by D.C.C. Williams with having been drunk and refusing to quit the Penpompren Inn on May 7th. Defendant did not appear, and P.C. Charman proved the case. He was fined 5s. and costs." Cmn Jnl 24 June 1904

1905
Landlord Daniel Davies commits suicide with strychnine - see att.
"Death. On Thursday morning, June 15th, a painful sensation was caused throughout this locality by the tragic death of Mr. Daniel Davies, landlord of the Penpompren Inn. The deceased had attended the annual Whitsun fair at Lampeter on the preceding day and nothing unusual in his demeanour had been observed. Early on Thursday morning, he was found in an outbuilding in great agony and medical aid was at once summoned. He was found to be suffering from the effects of poison and died soon afterwards. An inquest on the body was held later when a verdict of Suicide during temporary insanity was returned. On Saturday, his remains were interred at the Llanwenog Churchyard, the Rev. J. Morris, vicar, officiating. The funeral was largely attended and great sympathy is felt with the widow and children in their sad bereavement. " CN 23 June 1905

Widow Harriet took over the licence. Granted occasional licences for various fairs. Davies family were still at Penpompren in 1919. 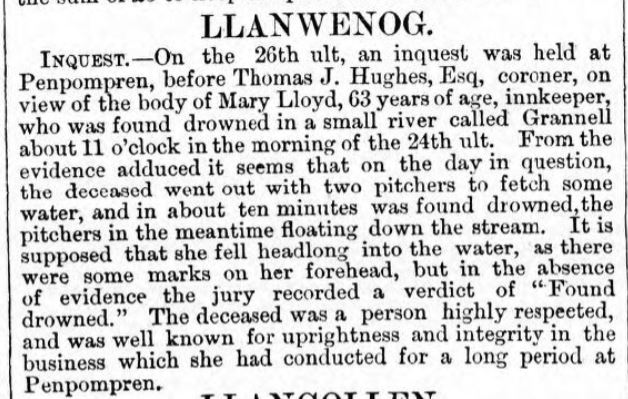 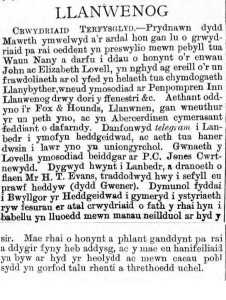 Suicide of landlord by strychnine 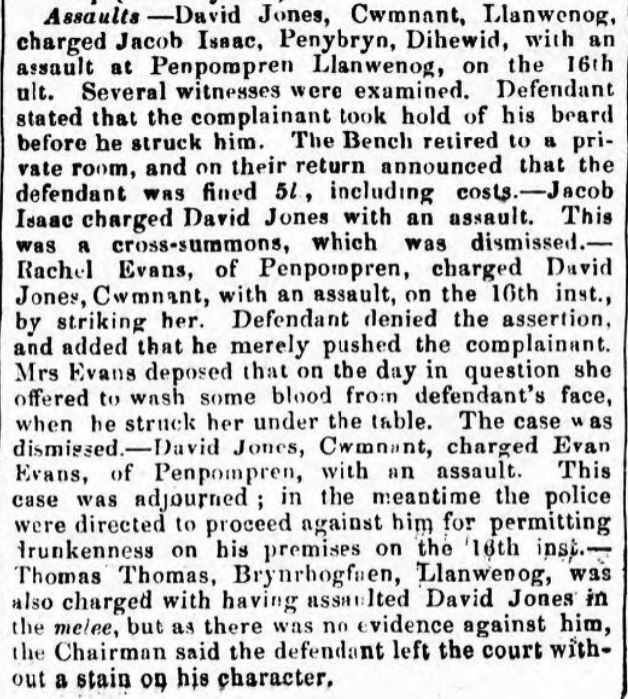 Trial of the lovells