Other names:
Address/Location: Queen's Road, Aberystwyth SY23 2HT
OS Grid Ref: SN5838882281
Opened: before 1840
Closed: c. 2001       Type: Pub
Summary: The Boar's Head inn was situated at the north end of the promenade in splendid isolation for many years. The Queen's Hotel, later the Police Station and County Offices were built in front of it in 1866. It appears in various prints of the promenade from at least the 1840s.
Its proximity to the Police Station made it the 'local' for police officers who were not too concerned about keeping to official opening hours.
After becoming a Po Na Na nightclub in 2000 (part of the chain) it closed in about 2001 and was briefly occupied by squatters who called it Palas y Bobl in 2006. 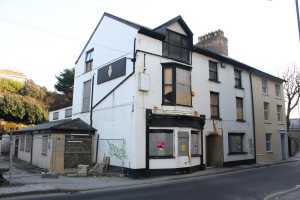 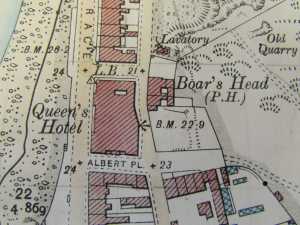 Theft of a piano 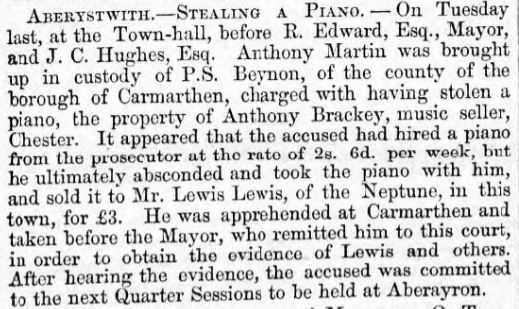 Theft of a piano - the trial 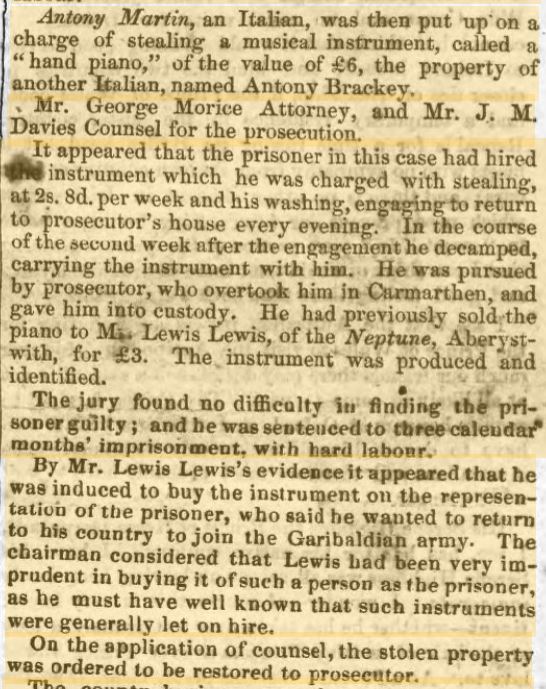