Other names: Plume of Feathers
Address/Location: North Parade
OS Grid Ref: SN5860281814
Opened: before 1834
Closed: before 1877       Type: Pub
Summary: This pub was the only pub marked on John Wood's plan of Aberystwyth of 1834 (it marked the Gogerddan Arms inns and the Talbot and Belle Vue Hotels). It was on north Parade next to the Theatre which was on the corner with Thespian Street and as a result was known locally as Half-time House because it is where the audience would try to get a drink during an interval in the performance. (George Eyre Evans, Aberystwyth and its Court Leet, (1902), p. 124)

1862
"Samuel Nicholls, of the Feathers' Inn, North Parade, summoned Richard James, a turner, for refusing to give up possession of a workshop in Portland Lane. " Welshman 28 Nov 1862

1864
"Samuel Nicholls, of the Feather's Inn, and Jane, his wife, brought an action against Mr Isaac Morgan, of Llanbadarn, maltster, to recover £15 15s 9d, being the amount paid by the plaintiffs for repairing a malthouse and kiln occupied by the defendant, which, through the alleged negligence of the defendant as tenant, was destroyed by fire" Welshman 11 Nov 1864 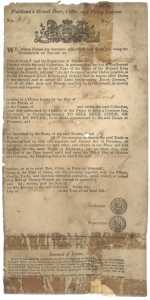 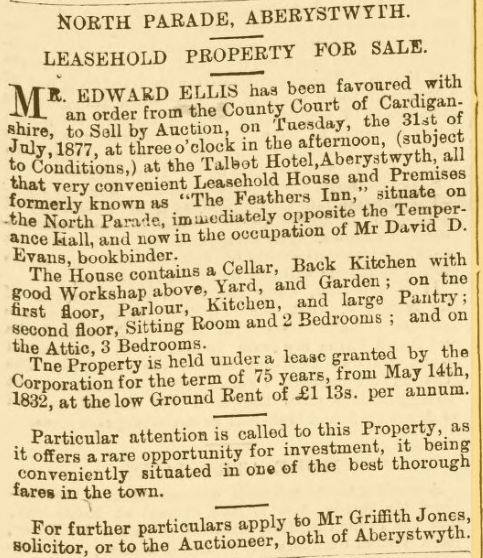